New ZEC chairperson must be independent and impartial 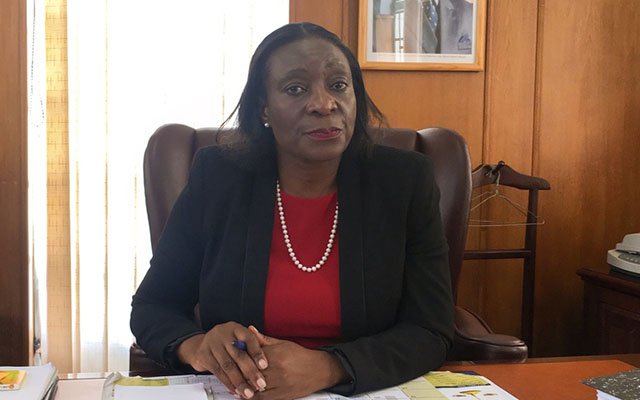 Source: New ZEC chairperson must be independent and impartial   – The Zimbabwean December 11, 2017

The MDC takes note of the resignation of Justice Rita Makarau as the ZEC chairperson. We also note that the 2018 harmonized elections are just a few months away and as such, ZEC has a huge task ahead to make sure that adequate preparations for a free and fair election are in place timeously. Zimbabwe has had a very sad and unfortunate history of disputed and rigged elections over the years. As such, the people of Zimbabwe are waiting with bated breath, for the appointment of a new ZEC chairperson.

The new ZEC chairperson must be a person of unparalleled integrity and solid impartiality. In view of the very limited time left before the holding of the next elections, the government has to move in very swiftly to initiate the process of appointing the new ZEC chairperson. The MDC has always argued that it was completely untenable and absurd for Justice Rita Makarau to hold three (3) positions as the ZEC chairperson, a sitting Supreme Court Judge as well as the Secretary of the Judicial Service Commission (JSC). We are, therefore, pleased to note that Justice Rita Makarau has relinquished one of her three positions. Surely, Zimbabwe has no shortage of suitably qualified and experienced legal personnel to occupy the vacant position of ZEC chairperson.

The 2018 harmonized elections should be held in a free and fair environment if at all Zimbabwe is to firmly anchor herself on the democratic template. For several decades, the toiling masses of Zimbabwe have endured the pain and agony of being subjected to a violent, intimidatory and uneven electoral playing field. The former Zanu PF regime fronted by Robert Mugabe was notorious for its intolerance and utter contempt for the upholding of the people’s fundamental rights and liberties, including the right to vote in free and fair elections whose result will be credible and legitimate.

The MDC will keep on insisting that ZEC should be adequately funded and capacitated to enable them to conduct a free and fair election. Thus, the secretariat of ZEC, amongst other issues, should be immediately cleansed of any persons who have a direct and entrenched connection to the old order of suppression and subjugation of the people’s will in the ballot box. The task before ZEC is monumental but it certainly can be done provided that relevant mechanisms are put in place to eliminate the risk of vote rigging.

Whilst we welcome the resignation of Justice Rita Makarau as the ZEC chairperson, we are still concerned that the whole administrative set-up at ZEC is still overdue for right-sizing and professionalising. We trust that the remaining ZEC commissioners will continue to discharge their constitutional mandate in an impartial and competent manner. The repercussions of holding disputed elections in 2018 are just too ghastly to contemplate.

The MDC shall always remain vigilant in looking out for any impediments to the holding of free and fair elections. In the interim, the relevant organs of our party shall continue to liase and collaborate with ZEC in the ongoing preparations for next year’s elections.