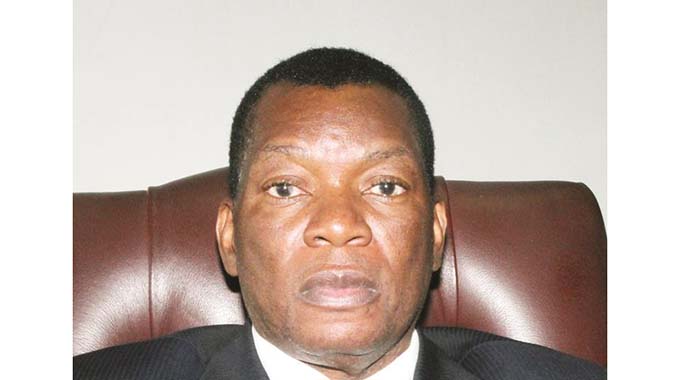 Daniel Nemukuyu Senior Reporter
ACTING Prosecutor-General Mr Kumbirai Hodzi has directed his office to strongly oppose bail in political violence and intimidation cases to ensure peace and tranquillity before, during and after the harmonised elections.

The harmonised elections will be held next Monday.

In an interview with The Herald on Monday this week, Mr Hodzi said prosecutors designated for the recently established special electoral violence courts were under strict instructions to oppose the granting of bail to perpetrators of violence.

“I have directed my office to put in place cogent measures to ensure that those that want to threaten our peace are dealt with swiftly as soon as they are brought to the courts,” he said.

“I have also given instructions that bail must be opposed in all cases of electoral violence and intimidation. It will be strongly opposed until the end of the election period.”

Mr Hodzi said the peace prevailing should be maintained until the end of the election period.

“We already have reports that this period preceding the election has been the most peaceful in the history of elections in Zimbabwe,” he said. “We want to maintain that positive environment.”

President Mnangagwa, Mr Hodzi said, had already called for a peaceful 2018 election and his office supported the position.

“In November last year at his inauguration, President Mnangagwa made a pronouncement that Zimbabwe must conduct elections in an environment of utmost peace and tranquillity,” he said.

“That pronouncement was universally welcomed and my office must play its part to ensure peace and tranquillity.”

The Acting PG joined other stakeholders in the justice delivery system who have already declared zero tolerance to electoral violence and intimidation.

Chief Justice Luke Malaba has since appointed 75 magistrates countrywide to preside over violence cases in terms of the Electoral Act.

The magistrates have since undergone training to prepare them to deal with cases that come to the special court.

The judiciary boss is on record as imploring the magistrates to impose harsh penalties on those convicted of politically motivated violence.

The police have also called for peace during the election period, vowing to arrest all the perpetrators without fear or favour.

Mr Hodzi was appointed Acting PG on Monday and took the oath of office before President Mnangagwa.

He replaced Advocate Ray Goba, who was recently suspended on a raft of allegations, including failure to prosecute high- profile corruption cases despite completion of investigations.

Adv Goba also faces allegations of travelling outside the country without Cabinet authority.

He is accused of entering Namibia unlawfully because he is a prohibited immigrant there.

A tribunal chaired by Retired High Court judge Justice November Mtshiya has since been constituted to investigate the allegations.

If found guilty of the charges, Adv Goba will be removed from office.