No pay increase for teachers: Mavima

PRIMARY and Secondary Education minister Paul Mavima has ruled out the possibility of teachers getting a salary hike as government was not in a position to meet that demand, due to stretched resources. 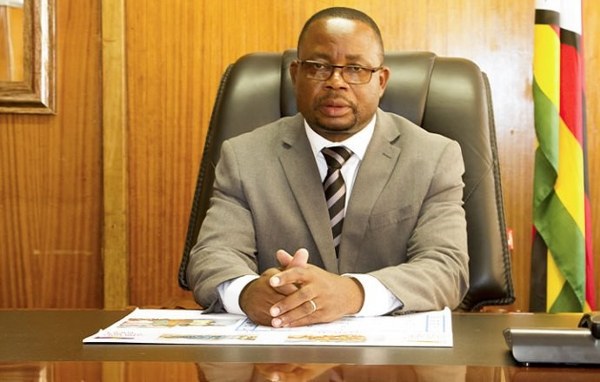 The minister told over 2 400 National Association of Primary School Heads (NAPH) members attending a conference in Victoria Falls on Wednesday that while he appreciated the concerns raised by teachers, the current economic challenges made it impossible for government to meet their request.

Mavima said his ministry was currently dealing with a huge shortage of teachers and other challenges, all of which were competing for a chunk of the ministry’s meagre resources.

He said the teachers’ concerns could only be addressed when the economy was back in shape.

“I appreciate your concerns, but as I said earlier, we have obsolete infrastructure for learners that we are trying to address. We also have a deficit of 12 000 teachers, while 20 000 are unemployed, so those in the system must try to make do with what is there,” he said.

“The economy is currently not allowing for us to employ and increase salaries. Our fiscal is low, but we will increase your salaries, including other civil servants’, when the economy normalises.”

NAPH president Cynthia Khumalo, who is also the head of Chinotimba Primary school in Victoria Falls, had appealed to government to review salaries, arguing that their workload did not match the salary.

Although teachers have also been demanding to be paid their salaries in United States dollars, Mavima did not touch on that, but stressed that there would be no salary hike in the near future.

The minister, however, told the school heads that government was planning to remunerate heads of schools and teachers based on their performances.

Earlier this month, the Amalgamated Rural Teachers Union in Zimbabwe (Artuz) petitioned President Emmerson Mnangagwa’s administration to pay them in US dollars and scrap off the controversial 2% tax imposed by Finance minister Mthuli Ncube.

“We, the teachers in rural schools and all members of rural Zimbabwe, learnt through the media that we collectively and overwhelmingly voted for the incumbent Zanu PF government. We accepted the outcome of our vote,” said the teachers in their petition.

“We are now shocked that after voting for your Zanu PF government, you seem to have turned against us. Prices of basic commodities are shooting up and retail shops have since run out of the expensive basic commodities.”

The teachers argued that their USD accounts had been turned into RTGS accounts, while salaries negotiated in USD terms were now being paid “in the unpopular virtual Zimbabwe dollar,” implying that they were now taking home on average US$50.

Mavima, however, said his ministry’s focus at the moment was on building, furnishing and computerising 100 schools per year in the next five years.

He said the government had already constructed 17 schools across the country to support the 2030 vision of making sure that every pupil has access to decent education, with priority given to peripheral schools.

“My vision is that, in the next three to five years, every school in Zimbabwe should have electricity, connectivity and every school should have computers,” he said, attracting murmurs and catcalls.

“I hear your murmurs, but let me give you some statistics… Out of all the 10 provinces, we have attained 60% connectivity of electricity and internet connection, so now what we need to do is to use the Universal Services Fund that is contributed by phone mobile operators on annual basis to rebuild our schools.”

Mavima said government had started constructing 17 schools that would be finished by year end in Binga, Mberengwa, Gokwe North, Nkayi and Plumtree.