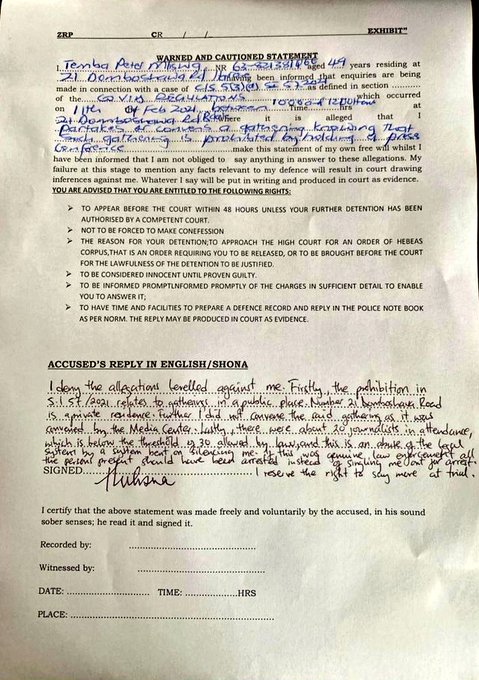 Addressing journalists at his home, Mliswa accused State Security minister Owen Ncube and Local Government minister July Moyo of using Susan Mutami to defame him. Mutami, who says she is pregnant with Mliswa’s twins, alleges he is gay, an extortionist and wanted to poison President Mnangagwa’s son.