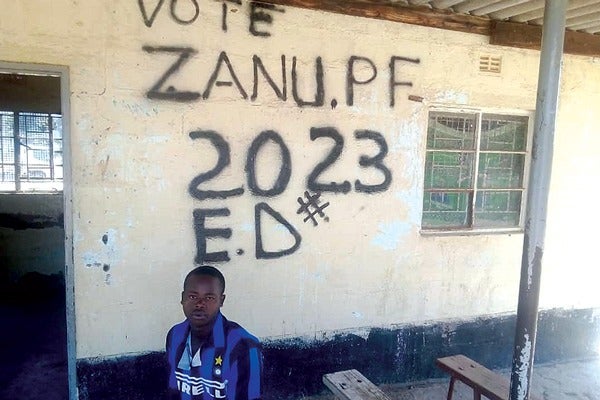 A ZANU PF legislator has urged people in his constituency to put aside sloganeering and focus on national development.

Beitbridge East MP Albert Nguluvhe on Saturday said national development knows no tribe, political affiliation or race and Zimbabweans should tackle it as a united people to achieve real results.

“Let us leave slogans for 2023 and for now concentrate on developing our country. We are a people together and national development is a common goal we should aim at,” he said.

Nguluvhe was speaking during a fundraising dinner for Beitbridge Government Primary School.

The dinner, called “Stretching the Walls of Beitbridge Government Primary School”, was meant to raise funds for a double-storey classroom block at the school with a 15-classroom deficit.
Just like the Beitbridge Mission, St Joseph’s, Dulivhadzimo and several other schools in the border town, the institution has inadequate classroom blocks for the 1 548 students, with some of them taking classes under trees.

Children at these schools have insufficient toilet facilities apart from a host of other factors affecting proper education.

Nguluvhe, who was addressing Beitbridge urban residents who voted for an MDC local authority in the 2018 elections, said infrastructure development in schools, hospitals and roads should be everyone’s common goal.

“Those are the core areas we should look at. Not for us, but for our children,” said Nguluvhe, who for the first time shared his liberation war history and told people how he was trained by the KGB of Russia.

“We must change our mentality about tribes, ethnicity and political groupings when we speak development. As for education, let us nurture children who will be employers rather than workers,” he said.

“This year, we have an average pass rate of 94% despite these obtaining challenges. Our children have poor toilets and we have turned what should be their playgrounds into classrooms under trees,” she said.

The school, the pioneer learning centre then reserved for whites in 1971 with only 13 students, needs 35 000 standard bricks and other material inputs such as concrete, sand and 1 200 bags of cement to complete the block, which will end open-air learning.

Thousands of dollars were raised from ticket sales and several other activities during the function held at the disused giant former Rainbow Hotel, now just a white elephant.

Moyo’s remarks exposed the dire need of schools in the border town, where the local authority has failed to build new schools.