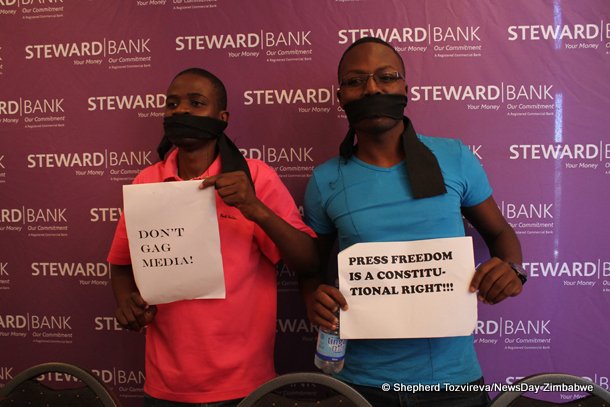 UNIVERSITY of Cape Town professor Wallace Chuma yesterday said a study he conducted showed that journalists were unable to work to their full capacity during the transition to the new dispensation led by President Emmerson Mnangagwa.

Speaking during the launch of the report Mediating the “Military-assisted” Transition in Zimbabwe: Journalists and Civil Society in Harare, Chuma said he carried out interviews with 25 journalists, most of whom were of the view that the new dispensation was a continuation of the previous regime of Robert Mugabe.

“In interviews, journalists were invited to reflect on their experiences of the post-Mugabe dispensation from a professional standpoint. The overwhelming majority felt that the new
dispensation was largely a continuation of the previous regime and others felt that it was a worse version of it,” he said.

Chuma said during the transition, most journalists were working in a restricted environment, which infringed on their profession.

“We found that journalists were operating in a very vulnerable and restricted environment, where the flow of information was carefully curated and controlled and also many journalists
were embedded in Zanu PF factions,” he said.

The report also showed that social media platform, Twitter, had provided Zimbabweans, locally and abroad, with a platform to express their views freely.

“A finding from the Twitter analysis was that the social media platform, Twitter, provided a space for citizens in Zimbabwe and outside Zimbabwe to vent their sentiments/emotions of endorsement, encouragement and discouragement, pertaining to the ousting of Robert Mugabe,” he said.

Takura Zhangazha, a civil society activist, said it was important to look into how Twitter aided the new dispensation and whether or not it was used as a manipulation tool during the
transition period.

“It is important to start analysing the impact social media has on the citizens of Zimbabwe. We need to understand how social media can undermine or expand a situation. As seen during the transition into the new dispensation, social media became a tool that possibly confirmed a pre-determined bias, therefore, it becomes a manipulative tool,” he said.