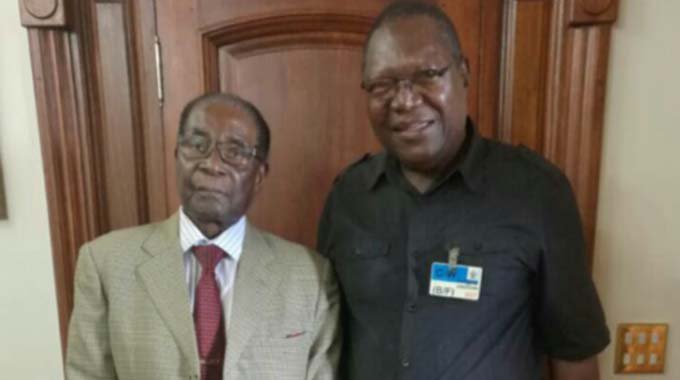 Rtd Brig-Gen Mutinhiri and Former President Mugabe
Takunda Maodza News Editor
THE National Patriotic Front has just confirmed that its leader Retired Brigadier General Ambrose Mutinhiri met former President Mugabe at his house in Harare and the pair discussed the morphing of the G40 cabal into a political outfit known as the New Patriotic Front.
The NPF confirmed the meeting through its nomadic spokesperson Mr Jealousy Mawarire.
It said Mutinhiri was its presidential candidate in the forthcoming elections.
In the meeting, Mr Mawarire said Mr Mugabe told Mutinhiri to rope in youths in the project saying, “I hope your NPF party will empower the youths to takeover. Don’t oppress them; make sure they are not harassed.”
Mr Mugabe who retired aged 93, is said to have spoken of the need for a new generation of leaders.
Details to follow…