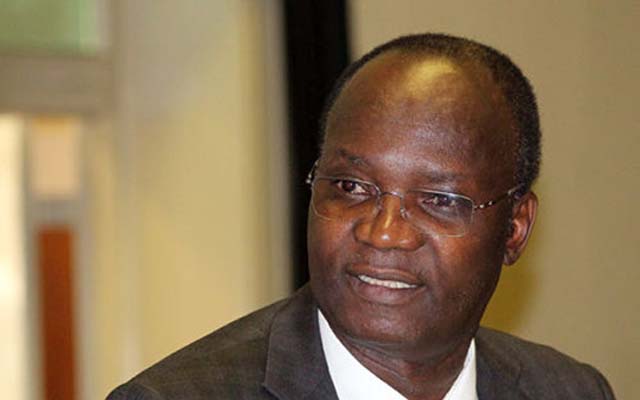 The National Patriotic Front (NPF), a fledgling political party that is described by some political commentators as a collection of ragged and spent politicians, is understood to be tottering on the brink after one of the key members of the party, Professor Jonathan Moyo, accused former president Robert Mugabe of lying that Gukurahundi was caused by Zapu and the Ndebele people.

In a press conference held for a select media on March 15 at his Blue Roof mansion — ironically calculated to drive the NPF political project — Mr Mugabe, who was asked to explain circumstances surrounding Gukurahundi, claimed that the military campaign was a pre-emptive operation to forestall Zapu’s plot to overthrow his newly-elected Government after independence in 1980.

“But that one, if we are to tell the truth, it’s the Ndebeles and Zapu and Zipra who should bear the blame (for Gukurahundi),” said Mr Mugabe in a subsequent interview with the private press after the March 15 press conference.

“We had that election in 1980, the first one and we won, we had 57 seats and Zapu had 20. (Joshua) Nkomo actually wept dearly. They had operated in Angola — remember they had gone to Angola — they said let’s do in Zimbabwe what the MPLA has done; if we lose we will have Zero Hour. And they lost.”

But the sharp-tongued Prof Moyo, in an interview with The Standard yesterday called out his boss, who is considered to be the godfather and de facto leader of NPF, ostensibly for lying.

“It should be noted that what president Mugabe said is the official Gukurahundi and wrong narrative. That is the reason why some of us have always insisted on the need for a truth and reconciliation process to deal with this matter.”
It is believed that the new fault lines could further drive a wedge between the two politicians, who have traditionally shared a love-hate relationship.

It also adds intrigue to the NPF party, as senior members of the contrived party are understood to be already angling for the ouster of interim leader Brigadier-General Ambrose Mutinhiri (Rtd) hardly a month after its formation.

NPF spokesperson Mr Jealousy Mawarire maintained the line that Mr Mugabe and Prof Moyo were not members of the party, therefore, the question of an implosion did not arise.

“President Mugabe and Professor Moyo are two great Zimbabweans who are qualified to opinionate on this emotive blemish on our national history and I believe they didn’t contradict each other,” he said.

“Their views, however, have no bearing on our internal affairs as NPF for they are both non-member.”
Mr Tafadzwa Mugwadi, a political analyst, yesterday said the discord in the NPF was hardly surprising, as the contradictions between the two politicians could be a sign of a party that is suffering stillbirth.

“The party has suffered a stillbirth and will soon be forgotten by history just like the jetsam and flotsam thrown out of a ship by Jamaican sailors because its centre of gravity and nucleus that had been nurtured around Mugabe and Jonathan Moyo has collapsed and can no longer hold,” said Mr Mugwadi.

He said the NPF had unwisely sought to relaunch itself in national politics through using Gukurahundi as their springboard.
“It is crucial to highlight that the Gukurahundi question has always been the only readily available gateway used as an entry point to opposition politics to feast on the emotions of those affected,” he said.

“However, the signing into law of the NPRC and its subsequent operationalisation by President Mnangagwa seems to have set the cat among the pigeons in the ranks and files of almost all opposition parties.
“It’s high time Mr Mugabe realise that he was playing with hypocrites who were eagerly waiting to humiliate him once they had got rid of the liberation veterans.”

Last month, sources privy to the abortive G40 plot to unconstitutionally grab power told The Herald that while President Mugabe was angling to anoint his wife, former First Lady Grace Mugabe, his allies Prof Moyo and Mr Saviour Kasukuwere were allegedly positioning to pull the rug from under the First Family and assume the reins.