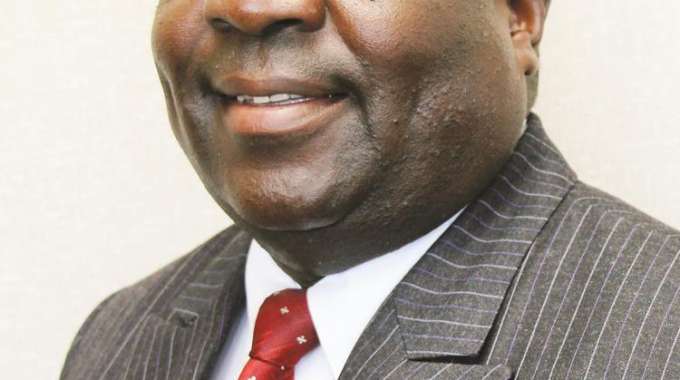 Bulawayo Bureau
Zanu-PF is set to unveil its 2018 election manifesto on Saturday as it moves a gear up in preparing for the forthcoming polls expected later this year. Addressing party members during a commissariat rally in Nhwali, Gwanda South, last week, the party’s national commissar, Lieutenant-General Engelbert Rugeje (Retired), said the manifesto would outline the party’s vision and aspirations for the nation.

“Preparations for elections are going on well,” he said.
“Our manifesto if all goes well, we are going to have our launch on the 14th. The launch of the party manifesto means we are going a gear up. If we had been in gear one, then we would be moving to gear two.

“The election date is closer, so let’s be in the election spirit. I don’t know the date as yet, it’s known by one person, the President, but let’s prepare for the elections.”
Lt-Gen Rugeje (Rtd) said the party had lost direction after it was hijacked by people without revolutionary history.
He said all office holders and party members would be taught the party’s values and principles.
“Programmes from the Herbert Chitepo School of Ideology School are now there,” said Lt-Gen Rugeje (Rtd).
“We would like everyone in Zanu-PF and those that want to join that they will not get membership cards if they don’t do programmes on politics.

“Even if you have a lot of money you will have to go for seven days so that they instil principles and values, then we give you a T-shirt and party card because we will be speaking the same language.”
Lt-Gen Rugeje (Rtd) said programmes from the school would soon cascade down to the party’s cells.

“We are going to have programmes that come to cells and everyone will be schooled,” he said.
“For you to be in the Central Committee, you should have done a certain programme to understand the party principles.”
Turning to party regalia, Lt-Gen Rugeje (Rtd) said the party was investing in ensuring that every party member gets new regalia.

“As for regalia, we have 15 million T-shirts, 15 million caps and some of them have already arrived,” he said.
“We also have two million wrappers (Zambias) for women. This year we want every party member to get at least three caps and three T-shirts. We want to paint the country with our regalia such that out of every three people you meet, two will be in Zanu-PF party regalia.”

Lt-Gen Rugeje (Rtd) urged party members to chant party slogans that are progressive, saying some slogans were no longer permitted.
“We no longer tolerate party slogans that say “Pasi nanhingi” (Down with someone),” he said.
“Party slogans must be progressive; they must promote unity and development. We want to preach unity through our slogans because violence is not physical, but can also be through utterances.

“Insulting someone through slogans will not be tolerated, let’s be focused on building our party.”
Lt-Gen Rugeje (Rtd) explained that contrary to claims by some church groupings that the slogan “Pasi nemhandu” (Down with enemies) was provocative or attacking other parties, it was derived from the national anthem.
“Some churches are saying when we say Pasi nemhandu (Down with enemies) we are referring to People First or MDC.