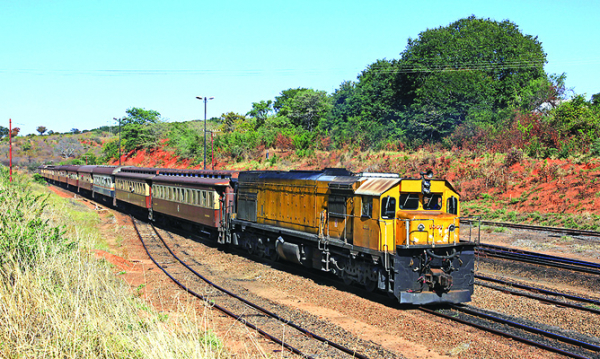 THE National Railways of Zimbabwe (NRZ) has this year alone lost copper cables worth $130 000 to vandalism.

Seven incidents of vandalism have so far been reported, resulting in the arrests of nine people who have been sentenced to mandatory 10 years in jail each.

This was revealed by the NRZ spokesperson Nyasha Maravanyika yesterday.

He said NRZ was pleased with the prison sentences being meted out to people convicted of stealing its cables, but the rail entity felt more could be done.

“Since the beginning of 2020, there has been an upsurge in cases of people stealing these cables, which are buried underground. The NRZ security branch, working together with other State security agents, is stepping up patrols to account for people stealing railways property,” Maravanyika said.

“Efforts by the NRZ security branch are bearing fruit as several arrests have been made with some leading to convictions.

“So far this year, seven cases have been reported in which cables worth more than $130 000 were stolen. Three people have been convicted and sentenced to the mandatory 10 years in prison each. Six others have their cases pending at the courts.”

Maravanyika said while NRZ is happy with the support from the judiciary, more needs to be done in order to deal with the scourge of cable thefts.

He said judging from the increase in the number of cases over the years, the 10-year mandatory jail term was no longer deterrent.

“We urge the legislature to review the law and increase the mandatory jail term as cable thieves are risking lives and the economy of the country with their actions.

“There is need for parastatals and other organisations also suffering from the scourge of theft of vital infrastructure to pool resources together for a co-ordinated response to the problem,” he said.

“NRZ urges the public to report cases where they see people tampering with its equipment. Cases can be reported to the NRZ or the police. The NRZ has a number of campaigns it is running to try and curtail this scourge.”

Maravanyika said the whistleblowing programme rewards people who report cases of vandalism of infrastructure and those who help protect railway assets.

In January this year, Maravanyika said the NRZ had lost US$3 663 725 to theft and vandalism of rail infrastructure between 2018 and 2019. He complained that despite the arrest of some criminals, it was disappointing that they were given short sentences which were not deterrent.

He said some of the infrastructure that have been vandalised include Saw Mills along the Victoria Falls-Bulawayo rail line, Mpopoma, Masasa in Harare, Kwekwe, Gweru, Shamwari and Dabuka.