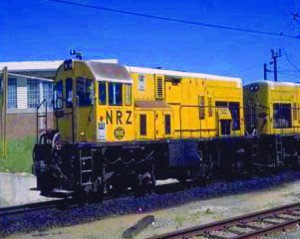 SOME National Railways of Zimbabwe (NRZ) pensioners have claimed that they have been turned into destitutes after the parastatal failed to clear their salary arrears running into thousands of dollars.

The pensioners who spoke on condition of anonymity, for fear of victimisation, said the parastatal had promised to pay the arrears on a monthly basis, as it could not afford a once-off payment owing to the liquidity crunch, but still reneged on its pledge.

“When we were still employed we were paid half our salaries while the rest was to be paid later when the money was available or when one was on pension. We were paid according to grades with salaries ranging between $100 and $347,” one of the pensioners said.

He said they are now four months behind, three payment plans have been drawn, but the company keeps reneging on its promises.

“The arrears range between $10 000 and $40 000 per person and yet we are being given paltry amounts, how long will it take for them to repay us in full? If you receive $100 each month, how many years will it take for the full amount to be paid?” he querried.

“We are not happy with the treatment that we are getting from a company to which we dedicated not less than three decades of our lives.”

Another former employee said they were gripped with fear that should death take them, their families run the risk of forfeiting the money.

“We are also afraid that since new players are joining the NRZ will they shoulder the responsibility of making sure we get our dues,” he said.

“We cannot even afford to pay school fees for our children, retrenchees are being paid well because they demonstrated or that is what it will take for us to receive our dues.”

NRZ workers made headlines in 2016 for their sleep-in protest at the company premises — Rugare yard in Harare — demanding their dues.

But NRZ spokesperson, Nyasha Maravanyika yesterday disputed the pensioners’ claims, saying the parastatal has been religiously paying both former and current employees for the past two years.

“That is not entirely true because we have, for the past two years, been paying workers, they must only query delays because the company is in the process of recovering and we have many workers whom we pay each month.

“It is highly unlikely for us to then turn around and refuse to pay them after drawing payment plans that would be very unprofessional of us. Each and every NRZ worker or former worker gets their payment each month although I cannot disclose their amounts,” he said.