NRZ, Transnet deal above board 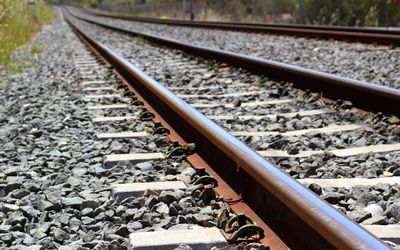 BULAWAYO – National  Railways of Zimbabwe (NRZ) has allayed fears that it
might have entered into a questionable deal with Transnet, following the
issuing of suspension notices to three top officials who were allegedly
involved in suspicious procurement of 1 064 diesel and electric
locomotives in South Africa.

NRZ has signed a deal to bring wagons and locomotives with Transnet and
the  Diaspora Infrastructure Development Group (DIDG), a company run by
expert Zimbabweans based mainly in South Africa.

In February, President Emmerson Mnangagwa commissioned a consignment of
200 wagons, 13 locomotives and seven passenger coaches for the NRZ under
the $400 million deal.

NRZ public relations manager Nyasha Maravanyika chose to distance the rail
transport company from the chaos that has rocked Transnet.

“To us the suspensions of the three officials has nothing to do with the
deal we are involved in. We can’t speculate about the equipment we got
because it is above board,” Maravanyika told Daily News.

“We believe whatever we got was approved by the right authorities and is
above board. This is corporate engagement and I don’t think it has
anything to do with the Transnet/DIDG deal,” he said.

In a statement, issued by Popo Molefe, chairperson of the Transnet board
on behalf of Transnet board of directors, Transnet said that reports from
Werksmans Attorneys, Mncedisi Ndlovu and Sedumedi Attorneys and Fundudzi
Forensic Investigators, revealed various acts of possible misconduct
against the three employees.

The statement noted that the three have been implicated in the alleged
contravention of the Constitution; the Public Finance Management Act; the
Preferential Procurement Policy Framework Act and its regulations;
Transnet’s internal procurement policies in the issuance of requests for
proposals; the Companies Act and Fiduciary Duties; and improper changing
of evaluation criteria and failure to comply with government policy on
local content requirements.

“The Transnet Board contemplates placing the employees, on precautionary
suspension until the finalisation of the further investigations and
disciplinary enquiries, misconduct identified includes amongst others
contraventions,” Molofo said.

Transnet is owned by the government of the Republic of South Africa.

The company provides integrated, seamless transport solutions for its
customers in the bulk and manufacturing sectors.