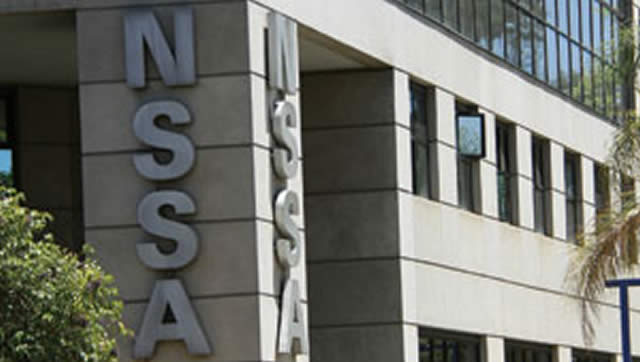 THE National Social Security Authority (Nssa) received more than ZW$60 million (US$740 740) in dividends from companies it invested in during the first half of the year, according to acting general manager Arthur Manase.

Manase told businessdigest this week that the focus for the second half of the year will be to invest in assets with positive economic and social spinoffs.

In a wide-ranging interview, the Nssa boss said the authority’s investment portfolio grew by over 1000% during the period.

“Our focus has been to invest in real assets that preserve value given the inflationary environment,” Manase said.

“This has paid off as the investment portfolio performed very well during the first half of the year spurred by the equities portfolio that grew by a massive 1,224%. The authority’s investee companies performed well despite prevailing economic challenges resulting in the authority receiving in excess of ZW$60 million (US$740 740) in dividends for the half year alone,” Manase said.

He said Nssa’s investment in Afreximbank continues to perform well with the authority receiving US$1,1 million in dividends.

Manase said in the second half of the year their investments will be in assets that have economic and social benefits.

“Our focus into the second half of 2020 is on investing in real assets that also have positive economic and social benefits. The authority also focuses on impact investments, which we define as projects of national interest, anticipated to provide measurable social, economic and environmental impact subject to an acceptable financial return,” Manase said.

“In this regard, the Authority considers economic infrastructure, social infrastructure, job creation, and other projects that contribute to gross domestic product as key focus
investment areas in this pillar.”

He said the Nssa board had set in motion several strategic initiatives in the investments sector underpinned by corporate governance principles.

“These governance practices are centred on prudent management of investments, which is critical to preserving Nssa’s balance sheet. Nssa’s investment processes are guided by the Nssa Act, the Public Finance Management Act, the Public Entities Corporate Governance Act (and) investment policy and investment strategy approved by the board from time to time. The Authority has strengthened due diligence requirements in its investments,” Manase pointed out.

He said they had set up an investments and procurement board committee that provides oversight to the investments division.

“Nssa has suffered from dubious investment decisions in the past and the nation would be happy to hear that Nssa has now cleaned up its act. New expert investment team players have been recruited to replace the old lot,” Manase said.

Nssa has investments in banking, insurance, hospitality and property sectors.

Its investments have surpassed US$1 billion.

Nssa was created through the National Social Security Authority Act of 1989.

The legislation empowers the Minister of Labour and Social Services to establish a social security fund. — Staff Writer.