Old Mutual has introduced the first ETF in Zimbabwe. The Old Mutual Zimbabwe ZSE Top 10 ETF (OMTT ZW) has listed on the Zimbabwe Stock Exchange and comes with an expense ratio of 0.675%. 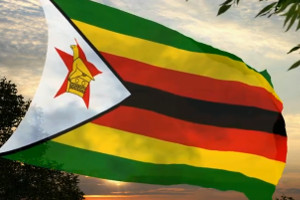 Zimbabwe has welcomed its first ever ETF.

The Old Mutual Zimbabwe ZSE Top 10 ETF (OMTT ZW) has listed on the Zimbabwe Stock Exchange (ZSE) and comes with an expense ratio of 0.675%.

The fund tracks the ZSE Top 10 Index which consists of the largest ten companies, as ranked by investable market capitalization, listed on ZSE.

The index has historically captured between 65% and 80% of the country’s entire listed market cap.

With so few constituents, the index is naturally highly concentrated, with the two largest companies – financial services conglomerate CBZ Holdings and beverages manufacturer Delta Corporation – accounting for weights of 29.8% and 17.8% respectively. The next largest stocks in the index are Cassava Smartech Zimbabwe (9.2%), Innscor Africa (9.2%), FBC Holdings (8.5%), and Econet Wireless Zimbabwe (6.5%).

CABS Custodial Services is the fund’s custodian, while Stanbic Bank is the trustee.

Zimbabwe becomes the fifth country in Africa to list an ETF with South Africa, Nigeria, Kenya, and Egypt also currently trading the instrument.

The launch brings to Zimbabwean investors all the benefits typically associated with the structure including intraday trading, diversification, liquidity, and transparency.

That said, the fund would of course still be susceptible to domestic issues plaguing Zimbabwe’s financial system. For example, between 26 June and 3 August 2020, the Zimbabwean government suspended all trading on ZSE due to high levels of inflation in the RTGS dollar.