On bus from Harare to Mutoko

Source: On bus from Harare to Mutoko – The Zimbabwean 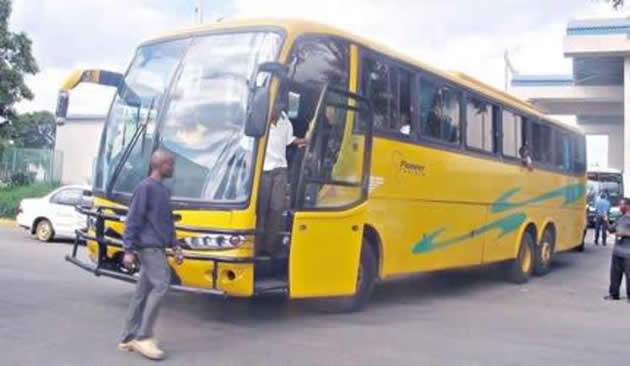 When Emma was at her lowest, things started to happen. It began with Sarah, who broke the silence by saying quietly, but with determination in her voice, “I would like to speak”.

Emma was startled, not so much because it was Sarah who spoke first – though she had not expected her to – but more by the strength of her voice. Sarah sounded again like the strong and confident mother Emma knew of old, not the uncertain, hesitant and teary-eyed woman she had been with for many moments since her return from Zimbabwe.  She then stood up and, looking directly across the room, gathered herself to speak, as if she was about to address a large and formal meeting. No one in the room would ever forget Sarah’s speech.

“We are a family deeply troubled by war,” she said, and then stopped.

Everyone looked closely at Sarah. They were all puzzled if not confused, and in exactly the same way, by what she had said. Sarah was the only non-native English speaker in the room, and her English was excellent, but surely, she had made a mistake? Why did she say ‘we are a family’? Surely, she should have said ‘we are two families deeply affected by war’ – after all, that was what this whole afternoon was all about. But, as they were about to discover, Sarah had said precisely what she had meant to say.

“We suffered immeasurable pain as Zimbabwe struggled to gain its independence,” she continued. “I lost my dear husband and you” she said looking across the room “suffered the loss of your health and were deeply scarred.

“My Joshua was such a fine man: ichokwadi (it is true)!” Sarah continued, wiping away an unwanted tear from her cheek. “He fought and died for a better future and I’ve spent not just years but decades now trying to make sense of it all. I know, because my heart has told me, that my Joshua laid down his life in the hope the country he contributed to creating would be a place where the lives of all Zimbabwe’s children would not be determined by privilege or the colour of their skin but by reward for hard work and respect for all. My Joshua gave his life so everyone would have the opportunity to prosper in a land where we could, and would, live united as one.

“But as we now know, the gleaming new Zimbabwe soon tarnished, then rapidly began to rust. And what a rusting it was! For so many of our people, hope has been dashed, to be reborn as despair. Corruption has spread like a cancer, spawning greed which has left so many not only poor, jobless and hungry but as voiceless as they had been before. But this doesn’t have to be the end of it; this must not be the end of it. We have it within our power to create a different future.”

Then, to everyone’s surprise Sarah raised her hand and pointed towards the man opposite as she addressed him directly, saying “My Joshua died and sacrificed his life for a future he hoped to see, but didn’t. But this doesn’t have to be the end. We have the chance few others have been given – we have it within our power to unite our two families who were divided by death to create one family and the new life, God willing, it will bring,” Sarah continued.

“Here in this room – now – we can create that new Zimbabwe we all hoped for in microcosm. We only have to say yes to these young people. If, after hearing what Simon and Emma have told us, if, now knowing the truth, we are able to bless the coming together of our children, then we will confirm the values you, and my Joshua fought for and for which he sacrificed his life. What Joshua would want more than anything else would be to know his death sowed the seed for the creation of new life built on the principles he so heroically fought for. We can say yes to these young people because he would have said yes, too. If we cannot give our blessing to these two young people born out of the struggle, our struggle, then Joshua really would have sacrificed his life for nought, his death would have been in vain.”

Simon was familiar with the speeches and sermons of Martin Luther King; Sarah’s words, he felt, would not have looked out of place in the pages of King’s writing. Emma was equally dumbfounded. Not unlike Simon, it struck Emma that Sarah sounded rather like a preacher from the American South. Where did she learn to speak like this, Emma wondered, as a feeling of immense pride filled her breast?

But this wasn’t the time for reflection. Sarah hadn’t quite finished. She turned, looked directly at the man, whose eyes were already fixed on her, and, as their eyes met, finished with these words. “And so though my heart is heavy,” she said, quietly but loud enough for everyone to hear, her face speaking gentleness, “I forgive you. I forgive you for what happened at that farmhouse near Mhondoro so many years ago but brought alive to us so vividly today. I forgive you for killing my beloved Joshua. I do this to honour Joshua, yes, but also to honour the lives of our children here so our two families can become one.”

Sarah sat down and the room fell silent once again. In the moments she had been on her feet, Sarah had changed the atmosphere in the room from fear and foreboding to hope. The silence now was one of renewed expectation; it was a silence which cried out for the man to break. Simon had read a lot about peace and reconciliation but he never thought he would witness such a scene, live, in his own sitting room. Emma felt very small. The plans she had so carefully woven and spun now appeared so parochial in the face of the towering strength of her mother.

This is the second in a series of extracts from Tapestries of Difference, a novel  by Roger Riddell. In an exclusive agreement with the author and Powerhouse Publications, The Zimbabwean will be publishing a series of extracts from the book over the next several weeks.  Tapestries of Differences is available in both paperback and kindle form from Amazon UK and Amazon.com. It can also be ordered direct from Blackwell’s bookshop Oxford, UK.