Only 11pc of plastic waste recycled in Zim: EMA 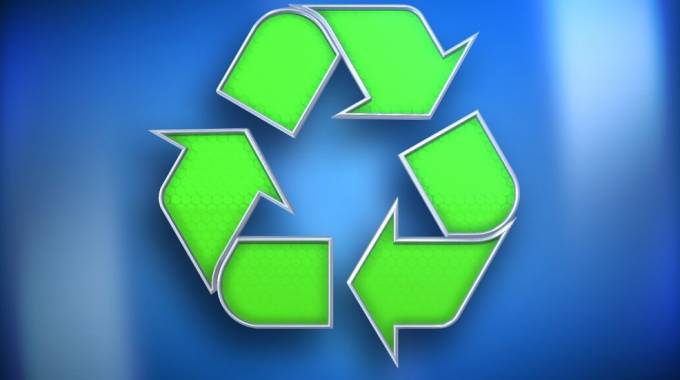 Jeffrey Gogo Climate Story
Every June 5 the world commemorates the World Environment Day, a day set aside by the UN Environment Programme at its formation in 1972, aiming to draw public attention to pressing global environmental issues, and to encourage people to take action against such.

This year’s celebrations were held under the theme “Beat Plastic Pollution”. Coming against the background of global plastic pollution rising to more than 8 billion tonnes since plastic entered the mainstream 70 years ago, the UN Environment says for this year, “people were encouraged to take a critical look at their own relation to single-use plastic, and make real efforts to break their dependency on disposable plastic”.

In Zimbabwe, plastic waste — material that can be very difficult to bio-degrade — remains a nightmare.
About eight elephants died in the Victoria Falls in 2016 from eating plastic waste at the town’s dumpsite.
In the cities and towns, uncollected plastic waste is usually a key contributor to flooding and to air and water pollution.
Such waste tends to block drains, flooding streets and homes.

But environmental regulator Environmental Management Agency (EMA) last year tried to bring some sanity into the plastics sector by banning kaylites, a popular packaging material in the food industry, to great resistance.

As Zimbabwe joined the rest of the world to mark the World Environment Day last Wednesday, we spoke to Steady Kangata, environmental education and publicity manager at EMA, trying to find out just how much plastics had disrupted economies and lives for Zimbabwe and Zimbabweans. And what the Agency was doing about it.

Below is the excerpt of the interview, plus our brief comment at the end. I am represented JG and him SK.

JG: How much plastic waste does Zimbabwe generate each year, from which economic sectors, and how does this compare with other countries in SADC?
SK: According to the research done by the Institute of Environmental Studies in 2014 Zimbabwe generates 1.65 million tonnes per year (total solid waste) and 12 percent of this is plastic waste (198 000 tonnes). Zimbabwe is one of the highest producers of plastic waste through imports of plastic packaged materials but generally the quantities are more or less the same as other SADC countries except South Africa and Botswana which have robust waste management systems.

JG: What kind of impact does plastic waste have on the natural environment, human and animal life? Do we have any real life examples of these?
SK: The manufacture of plastic, as well as its destruction by incineration, pollutes air, land and water and exposes workers to toxic chemicals, including carcinogens. The damage can be physical — six-pack rings strangling marine life — or chemical — fertilizers causing algal blooms — but in either case, they can cause lasting damage to the flora and fauna of an area. Discarding plastic products, including grocery sacks, rapidly fills up landfills and often clog drains. When plastic litter drifts out to sea, animals like turtles or dolphins may ingest the plastic. The plastic creates health problems for the animals including depleting their nutrients and blocking their stomachs and intestines. Animals cannot break down plastic in their digestive system and will usually die from the obstruction. Pieces of plastic can also get tangled around animals’ bodies or heads and cause injury or death.

Air pollution is another issue for humans and animals. When plastic is burned in the open air, it releases large amounts of toxins, which pollutes the air. If the toxins are inhaled for a long period of time, it can lead to respiratory problems. As the world’s population increases, land becomes more valuable, and it will soon become difficult to find places to put garbage. Over time, landfills and dumps will take up more land, invading animals’ habitats and coming even closer to groundwater sources. In addition to harming plants, animals, and people, it costs millions of dollars every year for clean-up of areas exposed to plastic toxins.

JG: As environmental regulator, what kind of measures have you instituted to control plastic waste? How strictly are these measures being implemented?
SK: We have banned the use of expanded polystyrene (kaylite) which had become a major nuisance. Banned the use of thin plastics less than 30 micrometres in order to reduce use of single use plastics. We are also promoting recycling initiatives in order to reduce plastic waste. As we speak HDPE and LDPE are no longer problematic as they are being recycled. We carry out environmental education and training on sustainable waste management programmes. All these measures are being implemented effectively and hopefully results will start to show in a few years since it’s a process.

Comment:
With bans and levies, the Environmental Management Agency seems to be on the right track towards a plastic – free Zimbabwe.
But it looks like far more needs to be done to reduce the vast flow of plastic into rivers and waterways, and from swamping neighbourhoods and city streets.

Mr Kangata’s response to our enquiry seems rather generic.
It does not entirely point us to cases of effect, to real, practical plastic – related issues to have impacted Zimbabwean people or its animals.

And neither does it illustrate the number of cases that EMA has successfully prosecuted for breaking the law on the plastic ban.
There is no doubt that plastics are still being widely used in households and in commerce. We are glad, however, that the regulator has taken some action on ending or minimising plastic use.
It’s the strict enforcement of the law that seems to make the bans less effective – but that can be done with a little bit more of proper planning, especially that which induces cooperation from businesses, even if it means incentivising them to adopt more eco-friendly alternatives.
God is faithful.