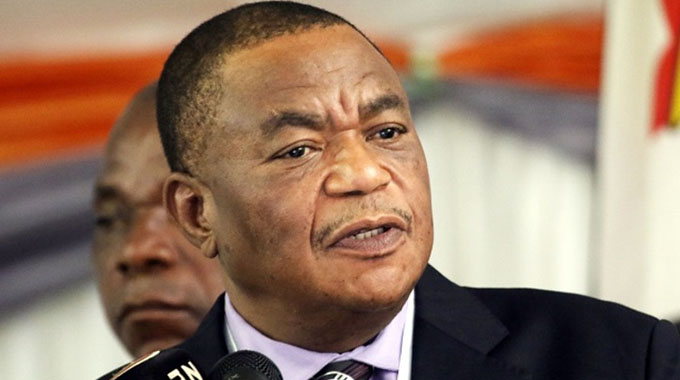 Noah Pito and Sydney Kawadza
Vice President Constantino Chiwenga has called on Zanu-PF members who lost in the party’s primary elections to rally behind the winners ahead of the July 30 harmonised elections. Addressing party supporters at a rally held at Magunje Growth Point last week, the Zanu-PF Second Secretary and Vice President urged the losing candidates not to sabotage their colleagues.

“In Zanu-PF, we are all winners, no one lost. Let us discard all our differences because we are all now one family and we must pull together. Let us avoid those that try to divide us as we move towards the elections. Let us do things that unite us as one family,” said VP Chiwenga.

He warned party supporters against entertaining people who are no longer in Zanu-PF, but were approaching them with fake promises.

“Please do not be fooled by such people. Ask them why they left Zanu-PF in the first place,” he warned.
Addressing Zanu-PF supporters earlier at Tengwe Country Club in the same district he challenged them to toe the party line.
“Tese sevana vemusangano tinofanirwa kumirira musangano wedu, tigotaura donzvo remusangano, nedonzvo racandidate wedu, Presidential candidate vanova Cde Emmerson Dambudzo Mnangagwa,” he said.

He said Zanu-PF was embarking on various programmes to empower the people.
“We have heard issues to do with water shortages and villagers walk long distances to get water. The boreholes should be near the people because water is life.

“Roads need to be constructed, hospitals have to be built and they should have medicines. People should have electricity and these are the programmes we need for the people,” he said.

He said Mashonaland West boasts a number of tourist attractions including the Chinhoyi Caves, the proposed Seven Heroes Monument and others.

The Vice President said since Zimbabwe’s economy was on the rise, Government was now looking at improving health, water and infrastructure development.

“The councils we had tasked to work on the roads have failed and you can see the work on Harare’s roads, Government in the new dispensation has taken over that task,” he said.

He Government would also look at the establishment of tobacco auction flows in Karoi as Hurungwe District.
“We are also looking at irrigation development. The country has about 10 000 dams which Government is looking at rehabilitating.

“We are also going to build 48 more dams for hydro-electric power and irrigation among other programmes. On irrigation, each district should have at least one centre pivot for irrigation purposes at village level,” he said.
He said Government had acquired borehole drilling rigs to ensure access to clean water.
VP Chiwenga urged Zanu-PF supporters to remain peaceful during the election period.

“We want everyone to go and vote peacefully on July 30. Others are now raising trivial issues. We want this elections to be free, fair, credible and non-violent.