Only SA can stop Zim bloodshed

There were—just briefly—some extraordinary scenes on the streets of Harare on Wednesday, after the results of the election began to trickle in. Just for a moment, people waved and smiled as police moved around the capital. Early counts from urban polls showed that city-dwellers had voted strongly for the opposition, the Movement for Democratic Change. 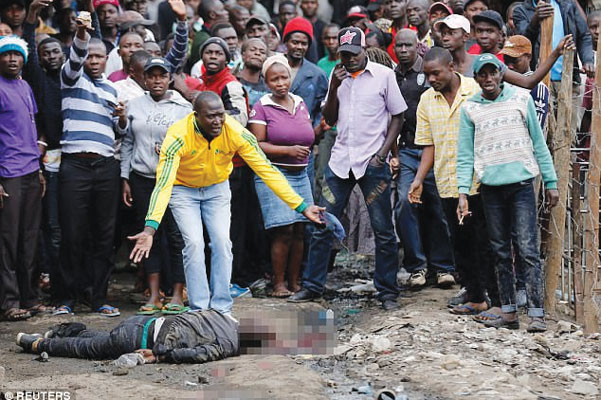 The moment did not last. Fury mounted as the delays in announcing the election results continued, and protests erupted. The ordinary cops were replaced by harder members of the security forces. Soon the riot police and the army were in control.

Then an all too familiar scene: tear gas, followed by live ammunition. And three bodies, lying bleeding on the tarmac.

Justice minister Ziyambi Ziyambi said the army had been called in to ensure “peace and tranquillity”. Meanwhile, after votes from rural areas were also counted, the ruling Zanu PF party appeared to have won parliament. The result of the presidential election is not yet known.

Many protesters accused the army of unprovoked brutality. “We had no weapons. Why are the army here beating us?
shooting us? This is not an election it is a disgrace on our country,” asked one young man, Colbert Mugwenhi.

How very different from the scene just eight months earlier.

Then the streets were packed with ordinary men and women, cheering on the troops, as they ousted Robert Mugabe. It was the police who had been sent packing.

There have always been divisions within the ruling party – Zanu PF. Some were ethnic. Others were among the security services. President Emmerson Mnangagwa played on these divisions with skill, but his loyalty was to the military and the intelligence.

It was Mugabe’s plan to arrest the army commander, General Constantino Chiwenga, on his return from China, that apparently sparked the November 2017 coup. It had been part of a plan to weed out Mnangagwa supporters from the security services. The removal of Mugabe was – essentially – an army coup.

Since then President Mnangagwa has attempted to present an acceptable face to the outside world. He has preached reconciliation and offered to allow whites to return to their farms.

It is his past that has haunted Mnangagwa. No one in Zimbabwe has forgotten just who he is, or how he has been associated with the atrocities in Matabeleland in the 1980s, when thousands of ethnic Ndebeles, seen as supporters of a rival party, were killed by regime forces. The president has attempted to convince his people that it is time to come to terms with the past. “We should look into the future,” Mnangagwa, told Bloomberg. “The thrust should not be for us, in this new dispensation, to go and engage in the past.”

But the past is just too bloody for anyone to forget. Now, on the streets of Harare, a familiar pattern is being played out.

The real question is whether anyone in the international community will intervene to stabilise the situation. A statement from UN secretary-general Antonio Guterres’s office said: “We call on the political leaders and the population as a whole to exercise restraint and reject any form of violence.” Appeals for calm from the UN, African Union and the Europeans, will cut little ice.

Mnangagwa, now fighting for his political future, is unlikely to take any notice.

The only person he might just heed would be South African President Cyril Ramaphosa. It should not be forgotten that it was South Africa that gave Mnangagwa sanctuary in the dangerous days before Mugabe was overthrown.

As in the time of Ian Smith, only Pretoria has any real leverage over Zimbabwe’s rulers.

Plaut is a fellow at the Institute of Commonwealth Studies, University of London. His most recent book is a biography of Robert Mugabe with Sue Onslow.