The outgoing Harare mayor, Bernard Manyenyeni, describes his five-year term of office at Town House as a turbulent tour of duty, a tenure marred by meddlesome interference from Zanu PF ministers and lack of confidence from his own party, the MDC-T. But the journey has not been without its successes.

Zimbabwe Independent reporter Nyasha Chingono (NC) sat down with Manyenyeni (BM, pictured) at the end of his five-year stint with council to discuss the future of Zimbabwe’s capital city in the aftermath of the July 30 general elections. 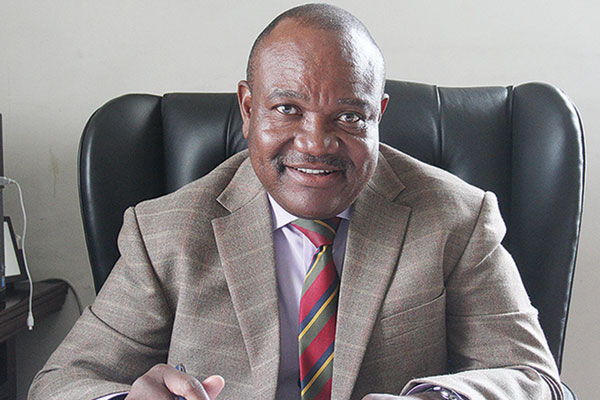 NC: How do you sum up your stay at Town House?

BM: It was always going to be difficult given the background: politics, low resources and the comatose economy. To be mayor of Harare at its weakest point in history was always going to have its challenges. It turned out to be a turbulent tour of duty. Somebody had to do it!

NC: You have been advocating central government to enact local government laws that provide for the position of executive mayor. What difference do you think it will make in the governance of cities in Zimbabwe, especially Harare?

BM: We need to merge the promise with the performance. We need to combine the authority with the execution. As we speak, mayors are answerable for issues which they don’t control. Strictly speaking, the non-executive mayor has the duty to chair one council meeting a month.

NC: You have served under different Local Government ministers and all have exercised control over the affairs of council. Do you think there is room for mayors in Zimbabwe to fully execute their mandate of leading these cities?

BM: The vision can never be about the mayor under our current set-up. The mayor is just a face of so many other forces whose visions, focus, priorities and capacity may have nothing to do with his own. The title of mayor is misleading in our context.

NC: How did ministerial interference and your own party threatening to recall you several times affect your performance at Town House during your five-year term?

BM: Let me say the interference has been fatal. It has taken over fsour years to appoint a politically acceptable town clerk to run council. My mandate was stolen.

NC: Harare’s fortunes have waned over the years due to a number of factors. How long would it take for Harare to transform into a modern city, or at least restore its Sunshine City status?

BM: Fixing council needs six months to start showing results and fixing the city needs about 10 years, but only after a political success story.

NC: During your time at Town House, what measures did you put in place to ensure that Harare becomes a world-class city and what are your propositions for the incoming council?

NC: How much does Harare require to effectively collect refuse and why has council been failing to collect rubbish on time?

BM: We have operated on between 18 and 25 refuse trucks out of 46. Because of limited and misaligned resources, 40 trucks are grounded as we speak.

NC: The problem of illegal land allocation is a major issue in Harare, with so-called land barons sprouting everywhere. How did you tackle this matter during your time and how do you propose your successor handles this problem?

BM: That is the development control which I referred to. It needs escalation without politicising the problems and options.

NC: Harare is faced with overpopulation while land is increasingly becoming scarce. How do you think this problem can be solved without affecting the livelihoods of families?

BM: The city has been waiting for more land from central government, that must happen in order to fix the problem.

NC: During your term of office, Harare’s supply of drinking water continued to be problematic, coupled with failure to purify the water. How do you think this can be dealt with?

NC: What is needed to ensure a supply of clean water?

BM: What we need are cleaner sources of raw water in order to reduce our current treatment costs.

NC: You have vowed not to run for public office again. Why?

BM: I made a decision to serve a single term only and that term has come to an end that informs that decision. I am not an alderman, I did five years so I don’t qualify to be an alderman.

I hope to be available to share my intense experience wherever it fits after Town House — my experience belongs to the community.

NC: What are your parting shots?

BM: I don’t regret answering God’s call to serve as Harare mayor when the city was at its weakest. It was still a privilege and honour for an ordinary person to have. I wish the city every success and recovery, which is not difficult if the political power and willpower converge.