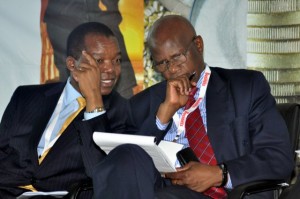 ECONOMIC revivalists, who base their argument on the tenets of recreation, believe that the way to economic turnaround is to focus on the existing economic order and attend to existing infrastructure, existing companies and existing industries.

Since economic failure invariably involves serious decline in infrastructure, the underperformance of some industries and the closure of some major companies, the revivalists say that economic recovery happens by fixing existing infrastructure, helping existing but struggling industries and companies to come back to life and injecting life into those companies that have closed down.

The belief is that this effort will have some “upstream and downstream benefits and that the country cannot afford to abandon these giants since they create employment. In addition, government also looks at some existing public and private companies that are struggling and pump money into them in the hope that they would recover from either death or from intensive care and become healthy, vibrant companies once more.

In addition, the country would look at what it considered its backbone and try to resuscitate the economy on the back of rebuilding the backbone that has collapsed.

In Zimbabwe’s case, agriculture was for a long time viewed as the country’s economic backbone, which, given by experiences of the land reforms, turns out to be very true. In summary, the overriding theory is that economic recovery happens best by going back to the past, by fixing what has broken down.
It would be folly to ignore that a country needs infrastructure like transport and energy for it to return to prosperity and growth.

It is, however, questionable whether the assumption that economic recovery happens best by a dogged focus on putting back in place the infrastructure and the commerce and industry of yester years. It is also questionable whether focussing on reviving struggling companies must be a major focus of government in economic revival, especially if the companies are private.

The world has changed. The conditions that made the struggling and collapsing companies to succeed, once upon a time, have disappeared.

Markets and market dynamics have changed and continue to change radically and revolutionarily into the future. Most company failures are not just as a result of the environment, but also management issues and spending money trying to resuscitate companies on the assumptions that all the companies need is financial resources leads to failure if the problem epicentre is management or market shifts which management is failing to either see or acknowledge.

So maybe what Zimbabwe now needs is economic new creation. With economic new creation, you forget the present and past economy and imagine a completely new economy with a completely new set of economic fundamentals and infrastructure. The economic recovery comes from the future through the power of imagination rather than from the past. You do not kill the existing economy; you let it as it is and probably maintain those aspects necessary to keep the economy alive, but your turn around focus is exclusively new creation.

This is the most revolutionary and controversial approach to economic recovery, but one that delivers the best result because this is how a county creates a new future and leapfrogs others in economic development.