OPINION: Mugabe was no revolutionary. He was obsessed with power and control

Source: OPINION: Mugabe was no revolutionary. He was obsessed with power and control | News24

Robert Mugabe will not be remembered as the freedom fighter who helped liberate Zimbabwe, but as a man who whose 40 years in power was anything but admirable, writes Melusi Nkomo.

In the future, when history is written about Robert Mugabe, it will not be about a black man raised by a single mother, who defied all odds in racially segregated Southern Rhodesia to pursue an education at the highest level.

Neither will it be a history of an articulate black African teacher turned politician who spent around a decade in prison for challenging white colonial racism and working for the betterment of black Zimbabweans.

It will be about the four decades that Robert Mugabe was at the helm of power in post-colonial Zimbabwe, in which his rule was anything but admirable.

As a young politician in the late 1950s and early 1960s, Mugabe was by no means the most prominent of black nationalists who were fighting white colonial rule. Neither was he the most motivated. He was, however, the most eloquent, if not sophisticated. 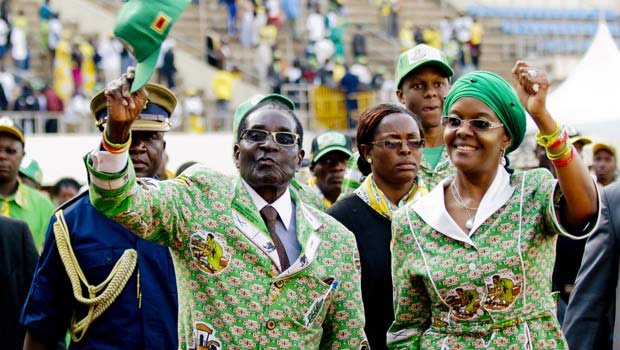 For a clique of educated black elites, whose political and societal outlook was fashioned in mission schools, Mugabe was the man of choice to convey the message to white rulers – in voice and comportment – that blacks were no longer “uncivilised tribesmen”. They were sophisticated enough to deserve the franchise. In everyday manners and air, Mugabe was an “English man” who spoke their language in the shapely tone of an eloquent and “cultured” gentleman.

It is no wonder that when he arrived on the nascent nationalist scene, fellow nationalists noticed his gift of the gab and he was assigned the job of publicity secretary in their organisation, the National Democratic Party (NDP).

Then, Mugabe had come back home, presumably for holidays, from Ghana where worked as a teacher, with the intention to go back to West Africa. He may never have wanted to stay in Rhodesia for long. His entry into national politics, it seems, was made of anything but personal resolve. He became the reluctant latecomer who went on to dominate Zimbabwean politics for almost half a century.

Much of what people from outside Zimbabwe know about Mugabe started on April 18, 1980, when the colonial tether on Zimbabwe snapped, and the country gained independence from Britain. The popular story is that Mugabe, as a Marxist revolutionary, ushered in a new era of liberation and social progress, exemplified by the early enthusiasm in expanding the education and health delivery system for black people.

Even that narrative is misleading. Mugabe was neither a socialist nor a revolutionary.

When juxtaposed with other African post-independent social and political revolutionaries – Julius Nyerere, Kwame Nkrumah, Kenneth Kaunda, among other luminaries — Mugabe makes for an awkward comparison. For his time in Ghana, he indeed learnt very little from Nkrumah’s quest for a holistic social transformation backed by strong ideological convictions. Mugabe was a rebel, however one who wanted to replace white rulers for a self-interested political project. He tactfully did so, but not without copious doses of Machiavellism, if not outright wickedness.

He hated revolutionary talk, the same way he hated revolutionary garb. When he “talked revolutions”, it was expedient for his narrow political ascendancy to life presidency. When he donned revolutionary garb (even then, very briefly in the early 1980s for picture poses), he always unseemly added a tie to a safari suit. That is the furthest that he went. One could easily separate a nerdy Mugabe, socially distancing himself from his “less sophisticated”, but hands-on, peers who did not mind getting their hands dirty leading ideologically abutted socialist programmes.

A story is often told that Mugabe was quick to express his displeasure at the invitation of Bob Marley to perform at the Independence celebrations in 1980. It’s said he had wanted a pianist, preferably British, possibly Cliff Richard. Mugabe never hid his disdain for pot-smoking and dreadlocked black men, he instead marvelled at European classical musicians, especially Beethoven. I may sound like someone majoring on the minors. 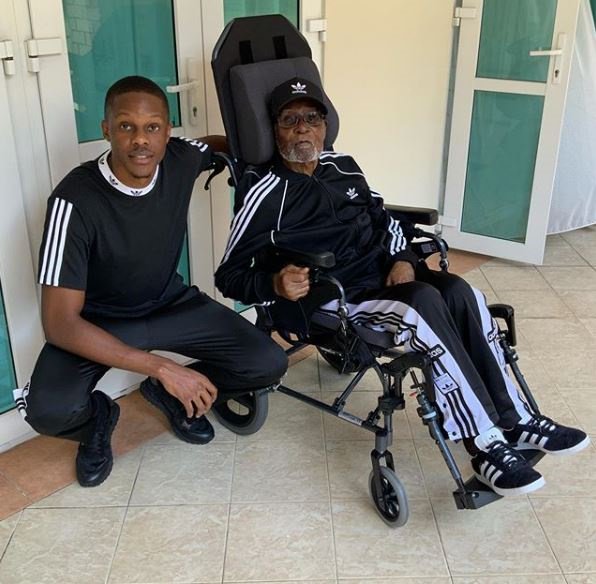 As an intellectual, Mugabe was never a serious one, unlike his peers, Nyerere and Kaunda. His idea of intellectualism was confined to the uninspiring accumulation of certificates, academic or otherwise. His much-vaunted “seven university degrees”, many achieved through correspondence, were a testimony to this.

A cursory Google search of his “works” shows one collection of his speeches titled Neither our war of liberation: Speeches, articles, interviews, 1976-1979, but nothing intellectually intriguing.

His politics, therefore, lacked ideological robustness and many of his party and national programmes were not designed to outlive him. For that reason, he loathed any discussion about succession, and was violent to anyone posing any kind of threat to him as the Oberführer of the killing machine that his party, ZANU-PF, turned out to be.

It is easy to point out the expansion of social programmes, such as the education system and health services during the independence euphoria of the 1980s, as an example of Mugabe’s commitment to black people and socialism.

But people are usually quick to forget that throughout the 1980s, and with “Britain’s wilful blindness”, now we know, Mugabe sought to create a one-party dictatorship in the mould of the Kims’ North Korea.

He, in fact, invited North Korean military supervisors to help him create a private army brigade that hounded the opposition and committed one of the worst atrocities against African people in independent Africa. In the end, an estimated 20 000 civilians, most of them isiNdebele-speaking black men, women and children, lay dead in unmarked mass graves.

He thus had a bizarre “populism” that relied on force rather than the support of the masses. It was expedient for a self-interested political ambition but simply unsustainable. It began tottering from the 1990s onwards.

Faced with a fast-changing global political economy and louder demands for change at home, Mugabe’s “socialism” was exposed as a clumsy fraud that it was. Western donors who had footed part of his bills started isolating him, corruption in his government sprouted. The perceived glories of the 1980s went down the drain and with them went the social programmes.

Epidemic after epidemic also exposed the weak foundations of the healthcare delivery system; from HIV and Aids in the late 1990s, to cholera and typhoid in the 2000s.

Educated Zimbabweans hopped in desperation from one country to another, carrying wads of certificates that usually gave them minimum wage jobs if not “bullshit jobs”.

The Mugabe era education system specifically, was bad for the country. With it, he stifled critical minds and killed innovation. Schools taught people to cram for examinations and follow instructions down to a tee.

The most famous teacher in the village or township was one who whacked the hell out of children for failing a test. Most schools were a mirror image of Mugabe’s political modus operandi; whacking dissenters and ruling the country with a huge stick in hand.

Decidedly, in such school pupils passed with high grades, but out of fear. Fear of the teachers’ reprisals or in the case of college students, fear of being left behind when others got enough “qualifications” to skip the border after graduation.

Mugabe, a teacher trained in the 1940s and 1950s, when blacks weren’t expected or allowed to think critically, managed to oil and expand what his Rhodesian predecessors had left behind.

He flaunted this education system whenever he got the chance. It churned out a politically compliant population that loved instruction manuals and textbooks. Individuals recited what they memorised under the watch of an angry teacher – and ended up doing it with glee. That of course, was sometimes seen as a “sign of intelligence” among Zimbabweans.

In the early 2000s when I enrolled at the University of Zimbabwe, the campus was severely intimidated. Criticisms of the president and the ruling party were sporadic and minimal. Student activists and professors were cowed and afraid. Undoubtedly, some of the student activists were angered by the Mugabe regime, but a fair share, I suppose, took activism as an opportunity to, occasionally, get a decent meal, a T-shirt and an allowance at some NGO-organised students’ workshop. Or quite strategically, for a few, to find the easiest way out of the country through a “persecuted students” scholarship.

And I don’t blame them. Everyone was leaving, the country was on its knees, even government ministers’ children were scarpering.

Those who managed to skip the border to escape the hellhole that our country had become, made for lovely, smiling and articulate butlers and waiters that attended to tourists in places like Dubai and Cape Town.

Zimbabweans could, of course, read and cram the menu, enough to explain food recipes to visitors in impeccable English. They also made for the best implementers of NGO projects – whether or not they believed in their employers’ philosophies (most of the times we didn’t). They became the best foremen and machine operators on farms in South Africa’s Limpopo and Mpumalanga provinces – because they could read and follow instructions on seed and pesticide packages.

Most never uttered any criticism, come rain come sunshine. Sadly that “culture” extended to politics of our nation. And Robert Mugabe knew that.

** Melusi Nkomo has a PhD from the Graduate Institute Geneva (Switzerland) and is a former fellow at the Center for African Studies at Harvard University.

** This was first published on Africa Is A Country in November 2017 and is published under a common creative licence.