Opposition must smell the coffee 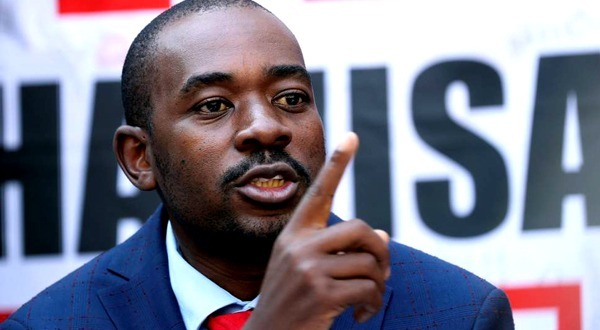 People must be wary of MDC-T leader Douglas Mwonzora, who is a Zanu PF proxy masquerading as an opposition cadre.

He publicly said he was going to work with the ruling party.

MDC Alliance must mobilise supporters if it is to stand a chance in future elections.

Zanu PF is doing whatever it can and is providing resources to Mwonzora as witnessed by a fleet of Zupco buses which were used to ferry delegates to MDC-T extraordinary congress at the Rainbow Towers.

It is determined to uproot MDC Alliance once and for all through a combination of brutal approach and brazenly stealing or rigging elections, the outcome of which will favour Zanu PF resulting in it having majority in Parliament while its proxies win the remainder.

This is being done to mislead the global community that there is democracy in Zimbabwe.

In a bid to show that there is a semblance of democracy Zanu PF created Political Actors Dialogue. To counter this, MDC Alliance leader Nelson Chamisa must revitalise and energise his party as he has very little breathing space since he is being choked by the so-called revolutionary party. He must tread carefully in order to gain mileage.

MDC Alliance must come out of its comfort zone and take the bull by its horns as Mwonzora is now ganging up with Zanu PF to decimate the people’s struggle.

It seems President Emmerson Mnangagwa is determined to establish either a Muammar Gaddafi sort of political system or a Chinese political model where there would be a one party State, which is authoritarian.

Democracy does not exist in Mnangagwa’s  vocabulary. He is afraid of opposition and cannot stand such an environment. That is why he always resorts to using force to deal with any problem.

Mnangagwa has concluded that the long-standing stalemate between  Zanu PF and MDC Alliance is the reason for the ills afflicting Zimbabwe, so for him if Zimbabwe is to succeed MDC Alliance should be dismantled. That is his mission and agenda. The ball is now in the people’s court.