“Our Morgues Are Full Of The Dead,” – Nyaradzo Funeral Services

Source: “Our Morgues Are Full Of The Dead,” – Nyaradzo Funeral Services – Lite News by Pindula 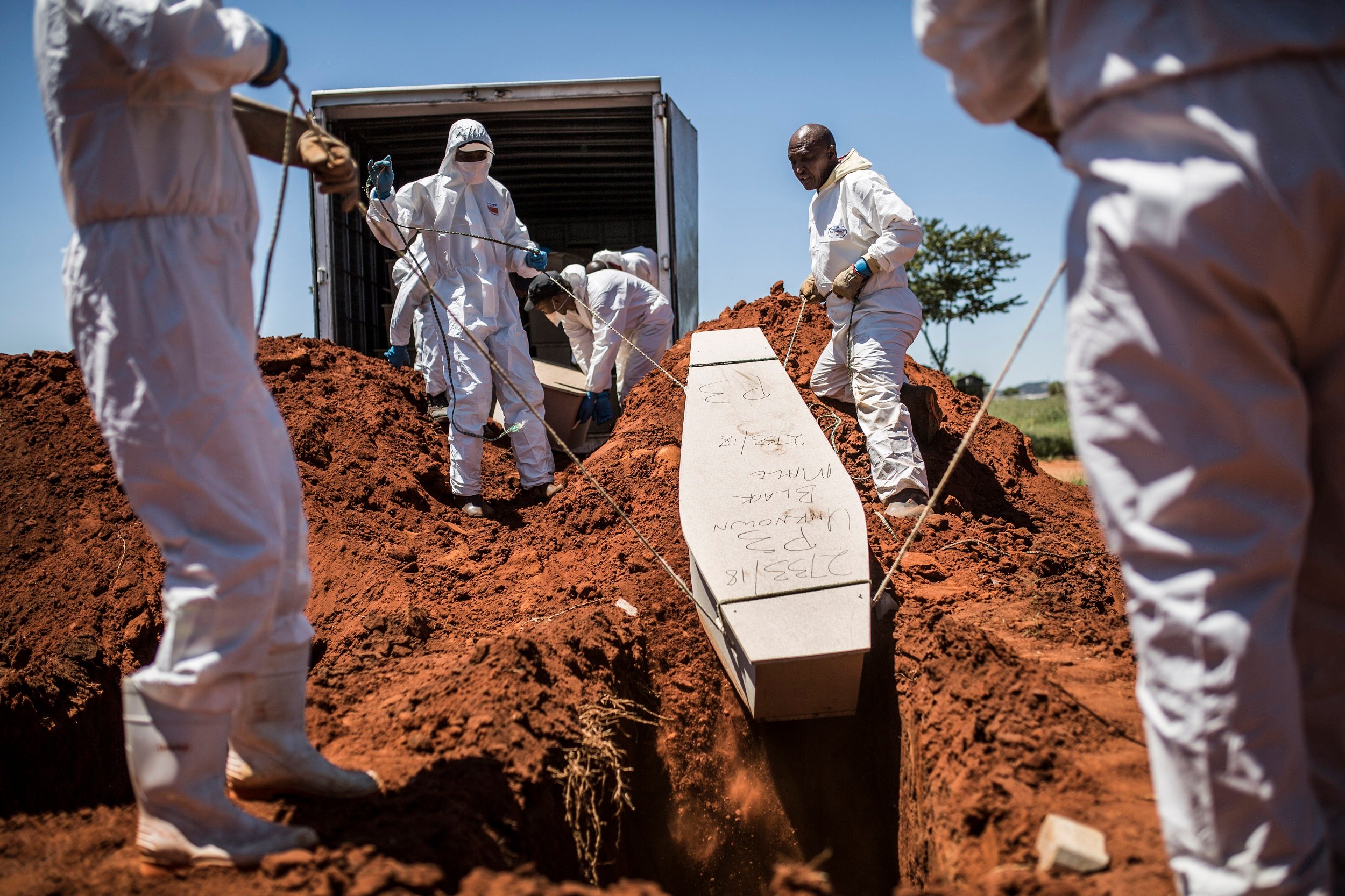 Philip Mataranyika, the owner of Nyaradzo Funeral Services, said the end-of-life industry was overwhelmed by deaths resulting in burials being delayed by a day or two.

He pleaded with members of the public to adhere to COVID-19 preventive measures to prevent loss of life. He said:

Because there have been many deaths, the end-of-life industry has been under immense pressure, resulting in delays all round. Burial of our beloved ones has been delayed by a day or two.

I implore you, fellow countrymen, to observe the World Health Organization guidelines and those issued by our government so we can be safe and avoid infection.

An undertaker who works at the Nyaradzo funeral home, but did not want to be identified, told the Guardian that he is preparing 30 bodies for burial each day adding that most of them are Covid-related. He added:

July was really busy; I sometimes knocked off around midnight. This has taken a huge toll on my body too as I am always tired. The third wave has killed a lot of people.

Delays have been happening due to strained resources; we cannot execute all burials at once. We are now doing a booking system and if we reach a certain number, like 30, we defer the burial to the following day.

Norman Matara, president of the Zimbabwe Association of Doctors for Human Rights warns the public against complacency saying people with severe symptoms should report to the hospital sooner. He said:

People are using unconventional means to cure Covid and when they see that it is not working, they come to the hospitals. [By then] it would be too late to deal with such cases.

Zimbabwe is pinning its hopes on its vaccination programme which has seen over 2 million people receiving at least a single dose.

Zimbabwe authorised the use of the Johnson & Johnson vaccine, Chinese vaccines, the Indian-developed Covaxin and Russia’s Sputnik V.