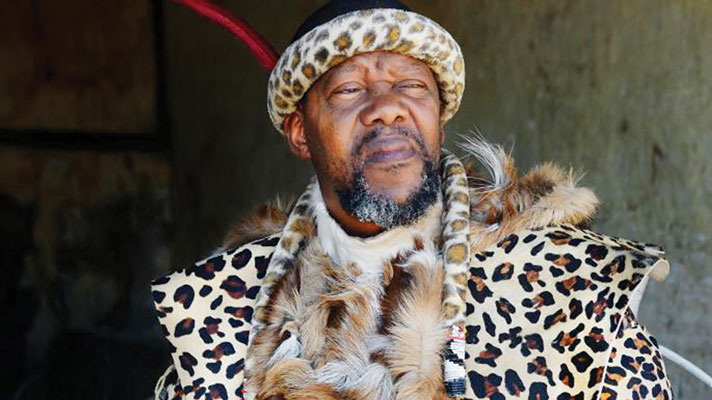 FORMER outspoken Ntabazinduna Chief Nhlanhlayamangwe Ndiweni has rallied Zimbabweans to register to vote, arguing that voting the Zanu PF government out of power was the only way to reverse undemocratic governance.

He made the call under a social media mobilisation campaign titled MyRight2Vote.

This comes as election watchdogs and civic society groups have resolved to use targeted messages such as the country’s 16 official languages, including sign language, in voter registration mobilisation campaigns.

The Zimbabwe Electoral Commission (Zec) has opened its offices for voter registration, but the government has said elections remain suspended as a COVID-19 preventive measure.

Ndiweni, who was dethroned by President Emmerson Mnangagwa following a recommendation by Cabinet and the Matabeleland North Provincial Assembly of Chiefs in November 2019, argued that democracy and rule of law no longer existed in the country.

“Terrible though it is, we have found a ray of light. We have found the roadmap for Zimbabwe. It is called MyRight2Vote. This roadmap leads to the transitional government for Zimbabwe,” Ndiweni said in his rallying call.

“All of these erroneous laws and the attacks on ingenious peoples will be reversed. MyRight2Vote is now a fact and a reality. MyRight2Vote is not a political party because it is far bigger than party politics — it is the nation builder.”

Last week, civic groups noted the need for mass mobilisation campaigns in the voter registration drive as data collected under the exercise has a bearing on the up-coming delimitation which will see the creation of new constituencies.

This came out during a Zimbabwe Election Support Network (Zesn)-organised seminar on developing targeted messages for various audiences that will be used during the voter registration mobilisation drive.

Already, Zec has warned that Bulawayo risks losing some constituencies due to the low number of registered voters.