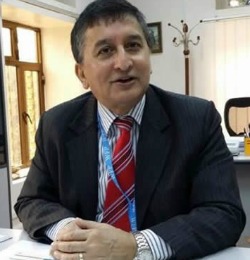 Zimbabwe is facing a multitude of humanitarian challenges as a result of climate factors such as the droughts and cyclone and economic shocks, sadly, facing almost a perfect storm situation. The impact of 2018/19 drought combined with continuing macro-economic challenges and austerity measures implemented as a part of the necessary economic reform efforts have resulted in high-level of food insecurity and economic hardships among the most vulnerable population.

The 2019 Zimbabwe Vulnerability Assessment Committee (ZimVAC) consisting of Govt, UN and dev partners and NGOs have done; Rural Livelihoods Assessment, which estimates that 5.5 million people in the rural areas are food insecure. Of this population, the Integrated Food Security Phase Classification (IPC) analysis points to over 3 million people – or 38% of the rural population – projected to be in need of urgent humanitarian support between the period October to December 2019.

Recognizing that the urban communities are most market reliant and susceptible to affordability issues, the Ministry of Public Service, Labour and Social Welfare estimates that up to 2.2 million people in urban areas are also food insecure. An urban vulnerability assessment is currently ongoing, whose findings and recommendations will further inform urban humanitarian actions.

Cyclone Idai, which struck Mozambique and Malawi also hit eastern part of Zimbabwe in March this year, affected 270,000 people and left 50,000 people displaced. While significant efforts have been undertaken to respond to the impact of the cyclone, some of the affected households still require humanitarian assistance, particularly the internally displaced persons in temporary sites, those living with host families and those who lost everything. The early recovery, recovery and resilience building needs of the cyclone-affected communities have been identified and are being addressed by the Government and partners, including through support from the World Bank and the African Development Bank and the private sectors. These efforts emphasize in restoring livelihoods as well as addressing the root causes of vulnerabilities and strengthening disaster risk management in Zimbabwe.

The revised appeal was developed in close coordination with the Government’s Cabinet Committee on Environment, Disaster Prevention and Management, chaired by Hon. Minister July Moyo, whom you just heard . The Appeal takes into account the Government strategy and plans for addressing the increasing humanitarian needs and building back better. The humanitarian interventions in the revised appeal are meant to address the gaps in the Government efforts, focusing on priority life-saving support targeting the people most in need.

The UN team and humanitarian partners are cognizant that humanitarian assistance is not a long-term solution to the socio-economic challenges in Zimbabwe. Ongoing economic and governance reform efforts will need to be accelerated to tackle the root causes of the rising humanitarian needs. However, while efforts are being undertaken under the Govt Transitional Stabilisation Programme to address these extremely complex set of challenges, there is a moral obligation and an urgency for the international community to support those most in need.

I would like to take this opportunity to thank the generous support and the great show of solidarity shown by the humanitarian partners to date. Under the last Flash Appeal that covered the period January to June 2019, the partners have contributed nearly 50 percent of the priority humanitarian needs of both the drought- and cyclone-affected communities, reaching over two million women, men and children with critical and life-saving interventions. Close to 1.2 million people received food assistance; 400,000 people received clean water and safe sanitation; 600,000 people received essential health services; and, 16,000 girls and boys received child protection services, with strong cooperation and partnership among communities, humanitarian donors, UN agencies, NGO partners, private sectors and the Govt playing a crucial role in humanitarian responses.

Since the launch of the revised appeal over two weeks ago, the humanitarian partners have been most forthcoming – USA with support for USD 45 million; EU with support for USD 11 million; and, DFID with support for nearly USD 60 million. China announced bilateral contribution for Cyclone Idai recovery amounting to USD 58 million, and support to construct 500 boreholes. These are most welcoming and generous announcements and the UN team is grateful for the partnership and cooperation.

Much more, however, needs to be done to meet enormous humanitarian needs of the most vulnerable rural and urban population, which could reach up to 50% of the population in terms of food, agriculture, livelihood, health, education and water sanitation support and also to preserve the development gain made. I therefore appeal on behalf of the UN team and the humanitarian partners to all humanitarian and development donors and friends of Zimbabwe for your continued generous support during this difficult time.