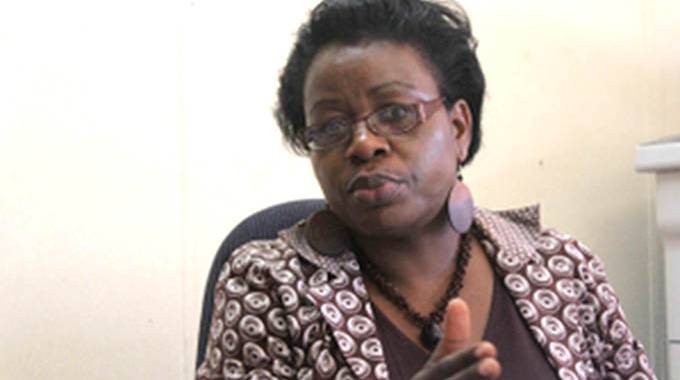 Paidamoyo Chipunza Senior Health Reporter
Over 300 000 residents between the ages of six months and 45 years in Mbare, Glen View, Kuwadzana and Budiriro suburbs will next month be vaccinated against the bacteria that causes typhoid, a senior official has said.

Epidemiology and disease control director in the Ministry of Health and Child Care, Dr Portia Manangazira said the mass vaccination followed evidence that typhoid was becoming endemic in the four suburbs in recent years, with seasonal peaks between October and March of each year.

Other emerging typhoid hot spots expected to benefit from the vaccine are Hopley, Stoneridge, Caledonia, Hatcliff and Dzivaresekwa.

Dr Manangazira said data has shown that cases of drug resistant typhoid were also on the increase with one of the affected suburbs, Kuwadzana, recording a high of 73 percent.

“It is upon this background that this intervention was necessary to avert continued loss of lives and illnesses while the local authority work on provision of safe and adequate water as well as general sanitation in these affected areas,” said Dr Manangazira.

She said data has shown that in areas such as Mbare, typhoid was affecting all age groups hence the need to vaccinate both children and adults, whereas in other suburbs it was mostly affecting children between the ages of 6 months and 15 years.

“We will be using our health facilities to reach out to targeted populations but mobile clinics will also be put up at market places such as Mbare Musika, targeting vendors coming in with their produce,” said Dr Manangazira.

Dr Manangazira said while Government was starting the intervention with mass vaccinations in selected hotspots, it will at the same time work on introducing the vaccine into the routine immunisation program.

She said for the mass vaccinations, they have since submitted an emergency application for approvals with the Global Alliance for Vaccines and Immunisations (GAVI), which is expected to avail the vaccines to the tune of $715 150.

“We are currently awaiting these approvals and we are hoping to start the mass vaccinations next month,” said Dr Manangazira.

She said the vaccine is administered once and protects against typhoid bacteria up to five years.

Typhoid is highly contagious and is caused by a bacteria called salmonella typhi.

It is passed on from one person to the other through consuming contaminated food and drinking water, and it is more prevalent in places where hand washing is less frequent.

It can also be passed on by carriers who do not know they carry the bacteria. Since 2017, Zimbabwe has recorded a dramatic increase of cases with over 4 000 cases recorded between October 2017 and June 2018.