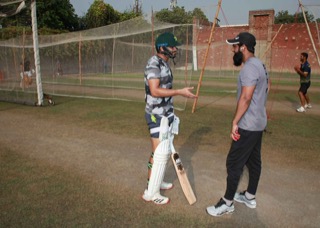 The coach urged both the cricketers to work hard, saying that the conditions in Multan were conducive to fast cricket so they should change their style. Only better batting can lead to victory against Zimbabwe.