Parallel market rates hit 100% ceiling, why and how? 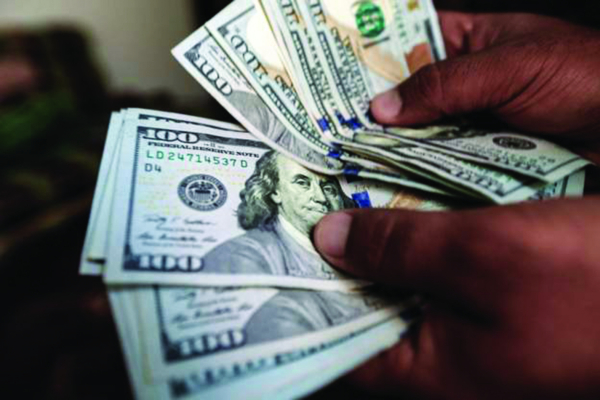 PARALLEL market rates have finally hit 100% when using EcoCash or bank transfers to buy the greenback, the first time they have reached such a rate since dollarisation and the main question now is how and why we got here.

On Friday last week, a snap survey done by NewsDay at all the major cash dealing points in the central business district found that at 10am the previous day, the parallel market rates increased to 100% from between 70% and 80% earlier that same day.

Tinashe (name changed), one of the cash dealers whom the paper spoke to on Friday, who is in his early 20’s said the reason was due to talk of seizing disbursements of cash to depositors.

“Rates have increased my brother. It started yesterday (Thursday last week) around 10am. What I know is if you want to do a transfer its now 100%. This is because Reserve Bank of Zimbabwe governor John Mangudya said that individuals can no longer get United States dollars from the banks” Tinashe said.

Not only do these new rates represent massive erosion in the trust and confidence of government, but they also signify just how bad the liquidity situation in the country has reached to as one banker put it.

“It is a demand and supply thing at a basic level, where you got a set of economic agents who require foreign currency and another set that have it and through a mutually beneficial market mechanism are able to exchange that value. At the second level, it becomes a policy issue to say are we pursuing the correct policy in terms of the relationship between the real monetary sectors because one is a representation of the other,” a banker who wished to remain anonymous said.

“I do not see it is as a problem, because it is the market responding to the policy framework that is there and markets really have a life of their own. You cannot legislate a price, it does not work, so what markets simply do is that they will find their own mechanism to function, so I do not see it as a problem, but as a response to a policy environment.”

With 25% or more of forex used by manufacturers coming from the parallel market, it is important to examine how this new rate of 100% was an eventuality and not a hypothetical.

Basically, it is due to more business leaders turning to the parallel market to service their forex need to import raw materials, individuals seeking to have more value for their cash and the forthcoming elections.

Back in May this year, when the Confederation of Zimbabwe Industries (CZI) released its composite Business Confidence Index wherein it stood at minus 14,4 for a quarter-on-quarter basis, CZI explained business leaders were losing trust and confidence in government.

Explaining these results, CZI said that most of the lack of trust and confidence was due to growing pessimism in how government was handling the foreign currency situation, as producers were getting below their forex requirements.

By business losing confidence over the forex issue, this forced them to hold onto any cash they get and at the same time increasingly turn to the parallel market for any shortfalls they required.

The result was cash barons instructing their dealers to hike rates due to the increased demand.

Compounding the situation further was the central bank and banking sector.

Over the past few months, the central bank and banking sector have been making statements deliberating on whether to continue disbursing cash to depositors considering the money was not coming back.

These talks have eroded further trust in these institutions from depositors who already did not trust them due to the menial disbursements they were getting.

As such, many depositors withdrawing cash have chosen to keep it rather than circulate it. Instead yhey take the cash to the parallel market to get a higher value in terms of RTGS or EcoCash funds.

This has also contributed to demand, as more people are visiting cash dealers on a daily basis.

As such, due to more companies and individuals sourcing cash from the parallel market demand went for forex rose.

Finally, as it is an election month and there has been a lot of uncertainty in terms of freeness and fairness of the vote, as experts and opposition parties have raised many irregularities in the election processes.

Cash barons have seized on this uncertainty to further hike rates to ensure that after the election they have made huge profits.

Cash barons with access to top banks in the community are fueling the parallel market, followed by diaspora remittances from individuals and retailers involved in cash businesses.

Africa Round Table chief executive officer and economist, Kipson Gundani said it was inevitable that the parallel market rates would hit 100%.

“If government continues the way it is going with its fiscal deficits, all these rates are going to continue to go up, because the parallel market has the forex,” he said.

He, however, added that elections was also a factor, saying “in simple terms, it is and that speculative behaviour is associated with the holding of elections where those with United States dollars hold on to it, which creates a demand and supply problem on the black market”.

Responding to these increases on Friday last week, Mangudya said that the cash barons behind the dealers would soon lose out, since the central bank had increased forex into the market.

“We have released and are going to continue releasing foreign cash into the market in order to stabilise the foreign currency market…I was out myself, as you know and I just arrived yesterday (Thursday last week) and we have received a good boost from our financiers, including as usual the Afreximbank and we are putting that money into the market,” he said.

“You are also aware that we are giving 100% cash to the diaspora, continue to give 70% of foreign payments to our artisanal gold producers, and monthly we do $100 million and we have now increased starting from next week (this week).”

His advice to “those who are selling foreign currency at ridiculous rates, they are going to regret, because people are just making money out of them, its just arbitrage.”

The central bank will now be injecting $150 million a month into the economy, up from a previous of $100 million.