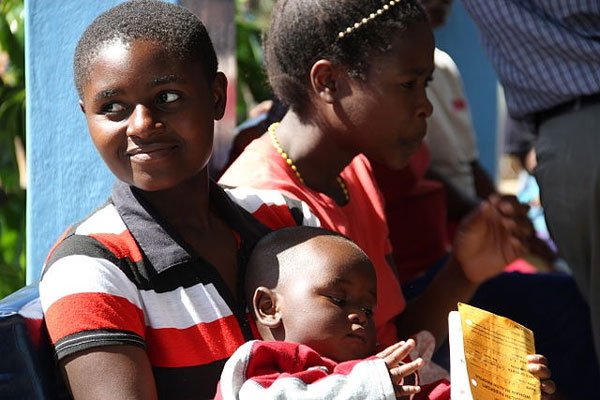 A small group of middle-aged women sit one after the other, with legs stretched out straight on a traditional mat made of dried reeds at one of the 400 homesteads located in the populous Annandale Farm.

By Kennedy Nyavaya recently in Shamva

Behind them are teen girls who are mixed with young mothers as adolescent boys and men sit a few metres away, as if to send the message that their presence here is half-hearted.

The sitting arrangement speaks volumes about the community’s reception of the topic in question, sex.

Most conservative Zimbabwean communities like Shamva, where Annandale is situated in Mashonaland Central province, still consider talking about sex in public a taboo.

Ironically, National Aids Council (NAC) statistics point at high sexually transmitted infections prevalence, sexual and gender-based violence (SGBV) and rapid population growth among others, which are evidence that behind closed doors sexual intercourse is not only a burning topic, but a frequent activity here.

To top it all, this community is less than 3km from Madziva township, a “hot spot” for STIs as a result of many artisanal miners who come to recklessly spend fortunes on transactional sex with sex workers and substance abuse when they strike gold.

“This programme really helped me as I can now speak with my daughters freely without being shy because aunties are no longer in existence, so I advise her that if she engages in sexual activities she could get sick or get pregnant,” says Gladys Amos, one of the villagers.

The 48-year-old widow who considers herself the tete (Shona word for aunt) of this community has an open-door policy with her family on these issues and this has caused neighbours, especially the youths, in the area to trust her with secrets or advice regarding sexual issues.

“I have been open with my children since long back and that is why they understand these issues,” Amos explained while her last born, the only unmarried of the three daughters she has, Pauline (16) noded.

“I have made it clear that there is nothing vulgar on a human being so she is able to tell me anything,” she said.

This story inspires Chirowodza who travels some 15km on a bicycle from her place to conduct these sessions four times a week.

“The programme is helping parents and children to be able to discuss sexual and reproductive health issues since it has been noted that the concept of having aunties and uncles carrying out those duties has reduced significantly,” she said.

Shamva district is considered a medium with high risk area in terms of HIV and Aids as well as sexually transmitted infections (STI) prevalence and according to Chirowodza the most affected groups include adolescent girls and young women, youth in school and married couples.

“If discussions are done within the household, then we might be able to reduce STIs and prevalence of HIV as information is given to the entire household at the same time,” said Chirowodza.

The Ministry of Health and Child Care programme data points at some 16 647 people living with HIV in this gold-rich district with an estimated 87% of the infected adults being on anti-retroviral treatment.

There is a gap that needs to be filled in order to close the tap on new infections and NAC district Aids coordinator Shepard Zanamwe believes open communication at household level is a step in the right direction.

“These PCC sessions are helping as the adolescents are able to discuss issues to do with sexual abuse with their parents and if there is anything needed they are able to open up to the parents in a way that will reduce early sexual activities,” said Zanamwe said.

“We have a major problem with HIV and STIs because we also have the socioeconomic background of this district which is reliant on, mining small-scale.”

While progress has been made since the start of the programme in 2010 the unreceptive nature of males who are in most cases perpetrators of sexual violence is throwing spanners in the progressive work done by ZAPSO in conjunction with NAC.

“Sexual and gender-based violence is also causing child marriages because the issue is that when most of these crimes are committed in our communities most are either by trusted relatives or done in their watch yet they are not reported,” said Zanamwe.

Amos’ son-in-law Tatenda Mhishi thinks that if the programme can be replicated to target males the high cases of gender-based violence and spreading of STIs could be a thing of the past.

“This programme should be taken to where men spend most of their time because most times they are at bars and mines but if there are roadshows, which go they then they could benefit a lot from this knowledge,” said Mhishi.

In his early 30s, Mhishi is seemingly the only man at this gathering willing to open up, but by his own admission, it was never like that in the first days.

“At first I was shy to talk in the presence of my mother in law but with time and after attending many sessions in her presence I am now used to it and my relationship with my wife and children has been better ever since,” he said.

Meanwhile, apart from recording the highest gender-based violence incidence rate in the country, Mashonaland Central province recorded a 4,9% increase in the number of new STI cases recorded over the past year from 4717 cases during the fourth quarter of 2017 to 5221 in the third quarter of 2018.

This is despite efforts by NAC and partners to conduct combination prevention roadshows and musical expos which had provision of services that include HIV-testing, antiretroviral therapy, condom programming, voluntary male circumcision, STI screening and treatment, TB as well as cancer screening, among others.