MOTORISTS and other road users have been urged to exercise extra caution during the forthcoming festive season to prevent loss of lives through accidents. 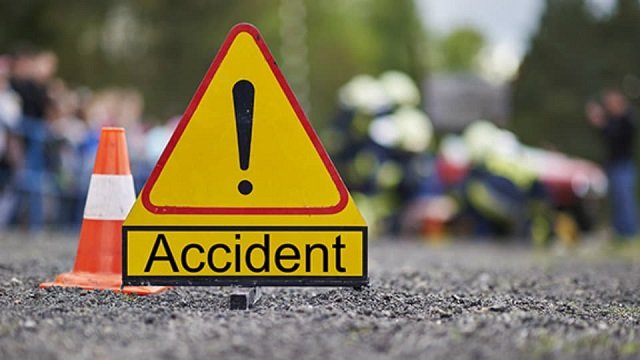 Three weeks ago, 33 people were burnt beyond recognition when a South Africa-bound Brooklyn bus caught fire suspected to have been caused by a gas explosion near West Nicholson along the Bulawayo-Beitbridge Road.

A total of 1 838 deaths were recorded, while 10 489 people were injured in 42 430 crashes that occurred in 2017, translating to 153 deaths monthly, statistics from the Traffic Safety Council of Zimbabwe (TSCZ) reveal.

December had the highest number of crashes due to the festive season rush, at 5 175, resulting in 240 deaths and 1 357 injuries, the statistics reveal.

At the back of such statistics, various stakeholders interviewed by The Standard last week urged drivers, passengers, pedestrians, cyclists, motorcyclists, livestock herders, traffic police, Vehicle Inspection Department, TSCZ and everyone to all join in the fight against road carnage.

“Drivers should understand the importance of human life and abide by road rules. They should understand that our roads are in bad shape and avoid speeding as well as night driving,” National Professional Drivers’ Association Trust chairperson Albert Sibanda said.

Sibanda implored church leaders to preach safety to their congregants as well as government not to suspend timetables for public vehicles even during the festive season.

He said relevant government ministries and departments should educate drivers on road rules as well.

A cross-border driver, Archibald Mujeni, said many road accidents in Zimbabwe were as a result of bad roads that are narrow.

“Our roads are bad and narrow for the traffic that is on them now. For example, the Bulawayo-Beitbridge Road was constructed long back and no improvement has been done on it. It’s now a death trap,” Mujeni said.

“I cannot even talk of Nkayi Road because there is no road to talk about.

“There are also a lot of unlicensed drivers as well as unroadworthy vehicles on the roads. In every corner in town it’s now a taxi rank. It’s really challenging. I would also like to implore drivers not to use phones while driving,” he said.

But in the 2016 report, TSCZ blamed human error — not bad roads — as the main cause of road traffic accidents that occurred then.

“Sort of outbreak because it is so disheartening to lose so many souls and so many limbs in a short space of time.

“But as TSCZ we remain relentless, we leave no stone unturned in our drive to continuously educate our road users, especially our drivers.

“Speeding is the greatest error which they are committing as drivers and we have always been on record.”

He said they continued to urge drivers to slow down and save lives.

“The Rusape incident was the most preventable road accident. Passengers must be united and demand that drivers slow down and save their lives,” Chinoda said.

“Our law, statutory instrument 168 of 2006, demands that drivers display their qualifications — medical, defensive driving course certificate, licence and retest — and when you board a bus you need to check these things. Our passengers are not exercising their rights.”

Chinoda said as the festive season approaches, “we must be our brother’s keeper. Save lives, slow down. Make it nice and easy on our roads. A single death is one too many.”

Police spokesperson Senior Assistant Commissioner Charity Charamba said drivers should respect each other on the roads.

“Whenever you are driving you need to be cautious, you are not on your own. Respect other drivers. Check your vehicle [to see] whether it is roadworthy,” she said.

Charamba said most of the accidents were being caused by human error such as overtaking where it is prohibited.

According to the ZRP Traffic national branch 2015 report, 96% of the road traffic crashes were attributed to human error, which encompasses speeding, inattention or misjudgement, negligent pedestrians and negligent passengers.

“People should adhere to road markings. It’s not good when people die. “You find drivers competing for the reasons we don’t know. As police we try to raise awareness, but it seems nobody is taking notice. Maybe there is need to revisit our road regulations and see where we get it wrong,” Charamba said.

Charamba urged pedestrians to avoid crossing the road while having earphones on or talking on the phone.

She urged the public not to take pictures of accident victims using their cellphones as that was causing harm to their loved ones.

“People should avoid carrying any inflammable substance in their vehicles,” she said.

“That’s very dangerous. They should also not rush against time to beat targets,” he said.

According to the TSCZ 2017 report, unlicensed drivers accounted for 475 accidents.

“Drivers should take a rest when they feel tired rather than driving when exhausted and end up in accidents. We also don’t expect public transport vehicles to be overloaded. Overloading puts more pressure on the tyres, resulting in them bursting. It’s unlawful,” Makiwa said.

“You will find that insurers usually avoid paying compensation for some passengers in the event of an accident. “We encourage drivers to adhere to road rules and regulations. Prevention is better than cure,” he said.

“We are told that sometime this coming week rains would hit the ground and as soon as they pound, our roads would be slippery and would want to encourage vehicle owners and public transport operators to take extra caution,” he said.

“They should take their vehicles for service to make sure that everything is functional before any vehicle is subjected to long journeys.”

Peterson said transport operators should not focus on making profits, but taking people to their respective destinations safely.

He said fire-fighters were being haunted by horrific accidents that occur regularly, hence his appeal for extra caution.

“It affects my relationship with my family because of what I see out there and it’s not good. I implore drivers to take extra care of those on board. Transport operators should also urge their drivers to adhere by road rules,” he said.

“Let’s focus on preserving people’s lives during this festive season. Let’s make sure that we avoid carrying gas cylinders in our vehicles,” he said, adding it was impossible to extinguish fire caused by gas explosion.

The National Blood Service Zimbabwe (NBSZ), which also plays a pivotal role in the event of accident occurrences, urged people to be responsible during the festive season.

NBSZ spokesperson Esther Masundah encouraged youths and adults to donate blood so that they could have enough stock for the festive season.

Between November and December, she said, they were targeting to collect 15 830 units of blood.

Their 2018 target is 87 000, having been revised upwards from 70 000 due to high blood demand as a result of government’s initiative that blood should be for free.

“We strongly encourage youths and adults to be part of this campaign so that we can collect as many units as we can,” she said.

She said except for blood group O, other types were well-stocked.

“We would like also to encourage blood group O donors to come through and donate,” she said.

Zimbabwe’s public hospitals are experiencing high drug shortage, among other essential requirements, and it is usually difficult for them to deal with injuries sustained in road accidents.