Parliament under fire for dereliction of duty

Source: Parliament under fire for dereliction of duty – NewsDay Zimbabwe 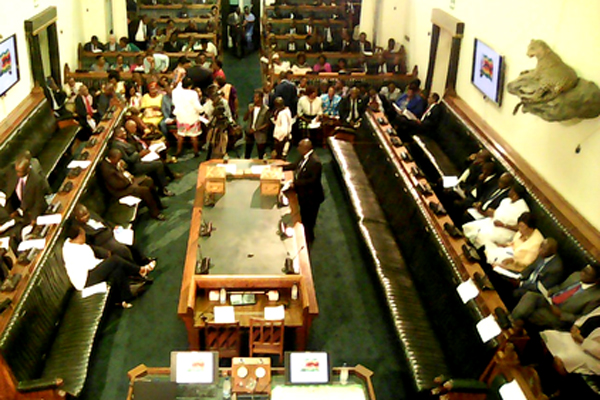 THE Parliament of Zimbabwe has come under fire for failing to play its oversight role on the use of public resources, amid indications that several decisions have been made by the government without its involvement.

The Zimbabwe Coalition on Debt and Development (Zimcodd) said parliamentarians were supposed to be at the forefront of the response to the COVID-19 outbreak, passing exceptional measures and emergency Bills to address the health crisis.

Zimcodd said in Zimbabwe, Parliament was adjourned after President Emmerson Mnangagwa’s declaration of COVID-19 a state of national disaster on March 17.

“A month later, still Parliament has not issued even a statement on how the institution is contributing to the fight against the pandemic while maintaining their oversight role on the use of public resources,” Zimcodd said.

Legislators attending a Zimcodd virtual indaba recently confessed that they were only learning of what was happening in the country “through social media and grapevine”.

“Several decisions have been made without the involvement of Parliament, let alone the Portfolio Committees on Health and Child Care, Budget and Finance and Public Accounts. In essence, there is no legislative effort from the Parliament of Zimbabwe to limit the negative social and economic impacts on the most vulnerable,” Zimcodd said.

Contributing to the meeting, Zimbabwe Congress of Trade Unions president Peter Mutasa said: “The challenge we have is that the lockdown did not only inactivate Parliament, but rather fragmented the voice of citizens who have the right to demand for transparency and accountability in the management of resources.”

Zimcodd said the conspicuous silence on the part of Parliament leaves a lot to be desired considering that parliamentarians have a crucial function to oversee this response, as well as evaluate and swiftly pass emergency legislation to approve funds needed to meet the needs of the populations they serve.

“This guarantees transparency and accountability which is crucial in building public trust in the government’s response to the pandemic. Without such, citizens tend to speculate, especially when all important decisions are left in the hands of the Executive. In other words, the Parliament of Zimbabwe is doing the nation a disservice,” the socio-economic justice watchdog said.

“The effects of decisions being made today by functional arms of the State will affect citizens now and post-COVID-19 crisis.”

Zimcodd said the government should put in place mechanisms for ensuring that the management of public resources in response to disasters should ensure that stakeholders are held accountable for the way they use public resources and exercise authority.

Civic society organisation representatives, academics and legislators that attended a Public Finance Management indaba held virtually by Zimcodd on April 23 recommended that legislators and Parliament staff should be designated as essential service providers.

They said the Speaker of Parliament should, as a matter of urgency, come up with modalities for Parliament, (through its various structures, committees) to reconvene and resume sittings where decisions of national importance are made.

The organisation said legislators should also be allowed to conduct business in their constituencies in line with their representation and oversight mandate.

“In line with the above, to ensure continued transparency and accountability of public resources there is need for co-ordination with local authorities in understanding the needs at the grassroot level.”

The MPs and civic society groups said there was also need to devise ways of ensuring timely relief and disbursements of aid within an acceptable degree of risk and that fiscal stimulus measures must be put in place to support economic activity.

Reached for comment, the Speaker of Parliament, Jacob Mudenda said they had not abdicated their role, but were just on recess until the end of May.

“We have not abdicated our responsibility at all. We are on recess until the end of May,” he said.