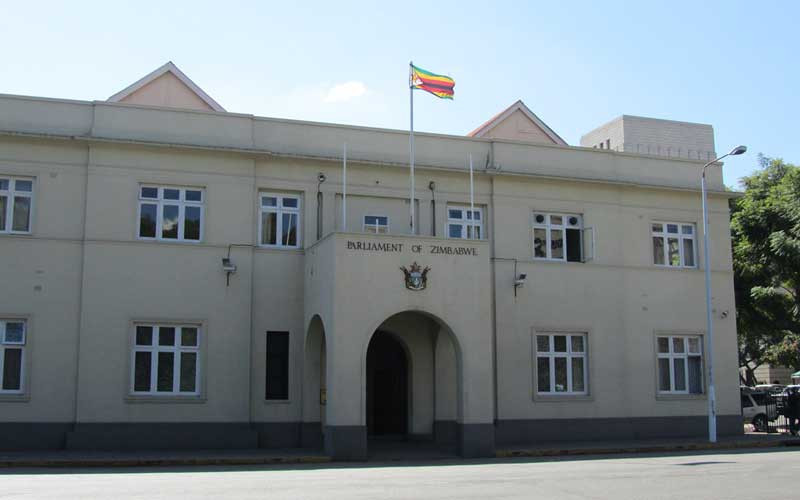 PARLIAMENT has cancelled its controversial laptops and desktop computers tender following an outcry over inflated prices as demands for transparency and accountability on the flawed process grow.

A recent confidential report showed that the Clerk of Parliament, Kennedy Chokuda, had authorised a tender to supply 173 laptops valued at US$9 200 each to Parliament, but were deemed over-priced by the Finance ministry.

“I take this chance to appreciate your effort for supply and ensure delivery of 173 laptops and 79 all-in-one desktops. The evaluation committee was impressed by your documentation and how you presented your bid,” the letter by Chokuda read.

According to the leaked official communication, Blinart Investments P/L won the tender to supply Parliament with 173 laptops for $1 602 755,77, translating to US$9 200 per gadget.

Another company, Mid-End Computers and Hardware, was asked to supply 79 desktop computers, pricing its gadgets at above US$3 000 each.

Chokuda later issued a statement blaming Parliament staffers for the “corrupt deal”, but did not say what measures would be taken against the alleged culprits.

Yesterday, Parliament succumbed to pressure from the public and admitted that the prices of the laptops and desktops were abnormal, and cancelled the tenders.

In a letter dated September 23, Chokuda said the tender has been cancelled in the public interest.

“In accordance with section 42(1)(f) of the Public Procurement  and Disposal  of Public Assets Act [Chapter 22:23] you are hereby notified that the tender for the supply  and delivery of 173 laptops and 79  all-in-one desktops under number POZ(13/2022) has been cancelled  in the interest of the public,” read Chokuda’s letter.

“It is the Parliament of Zimbabwe’s considered view that it is not morally and prudently justifiable to purchase the goods at the tendered prices. It is in this context that the initially awarded tender could not be fully concluded.”

Efforts to get a comment from Chokuda yesterday were fruitless as he was not answering his phone.

However, while addressing legislators last week, Speaker of the National Assembly Jacob Mudenda said the officials responsible for the questionable deal should appear before the Public Accounts Committee (Pac).

“That process will proceed, and only after the interrogation by Pac will they decide whether there will be need for a forensic audit or not,” Mudenda said.

Yesterday, Parliament was also under fire over revelation by the Auditor-General, Mildred Chiri’s report that fuel meant for Members of Parliament (MPs) was not properly noted down by parliamentary staff, giving rise to suspicion that there could be looting as it was not clear what was disbursed to who.

The report noted that the act was contrary to the law and exposed fuel to looting.

“This was contrary to the provisions of section 104(1) of the Public Finance Management Act (Treasury Instructions) 2019 which requires entities to keep a complete record of fuel received and issued. There was no evidence that records were reviewed regularly by an independent senior official,” the AG report said.

Chokuda told the committee that the huge number of legislators distorted the issuance of fuel as the process was time consuming.

“We procure our fuel in bulk for Parliament; both for administration and MPs.  What happens is when we receive the fuel; we then note the serial numbers and then record them in the fuel register.

“What the auditors want us to do, and which is the correct thing, is to say honourable members have been given coupons quoting the whole serial numbers of each coupon, but because of the nature in which members come to collect their fuel, you would appreciate that if the AG wants us to record each serial number, it would take forever to issue the fuel coupon. So, the officers would then resort to say from number 1 to 10 and would sign for it.”

He said to correct the anomaly, Parliament staff was now recording the coupons using the format recommended by auditors.

Pac committee members, however, grilled Chokuda over why the party chief whips were being given more fuel than other MPs.

“The fuel for the chief whips was for the additional work that they do in Parliament in terms of pursuing their work,” Chokuda said.