PARLIAMENT has to keep strict checks and balances on government expenditure to control the budget deficit, economists have advised. 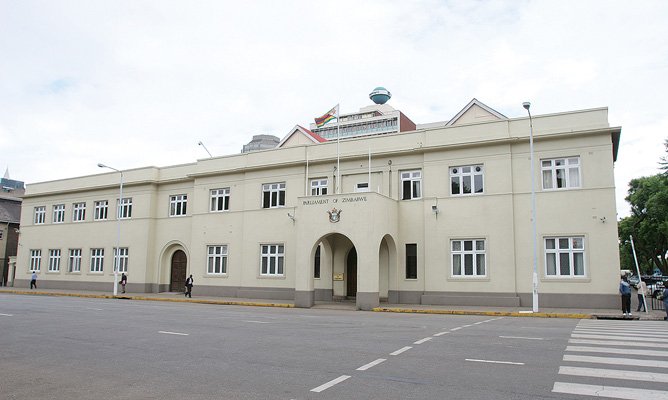 Since then, stakeholders have lauded the bold moves which included rationalising the public service wage bill, reducing foreign missions, increasing taxes and calling for certain duties in forex and increasing rebates to different areas in the manufacturing sector to stimulate production.

However, stakeholders have called on government to quickly address the growing currency conundrum where local money holds no value over the greenback.

Presenting at a post-budget seminar organised by the Parliament of Zimbabwe yesterday in Harare, Labour Research Institute of Zimbabwe founding director Godfrey Kanyenze said Parliament should watch over government’s expenditure.

Next year’s budget has estimated capital expenditure of $2,1 billion, leaving $6 billion for current expenditure, leading to an expected budget deficit of $1,56 billion.

“Planning has lost its essence, what we plan and what we do is different. It is happening year-in year-out the minister always comes and says we have exceeded the limits RBZ (Reserve Bank of Zimbabwe) overdrafts on Treasury Bills issuance and we are all quiet and okay,” Kanyeze said.

He added that members of the national assembly must interrogate the issuance of Treasury Bills and the overdraft incurred at the RBZ.

According to the law, the government was not allowed to borrow more than 20% of the previous year’s revenue from its RBZ overdraft.

Yet, government’s heavy expenditure mainly due to the wage bill saw it increasing its domestic debt stock to $9,6 billion as at the end of September 2018, attributed to Treasury Bills and the central bank overdraft facility.

As a result of government’s excessive expenditure, while it doubled the health allocation to $694,5 million for next year’s budget over 2018’s it was still less than half of the $1,5 billion that the sector needs.

It was also only 10% of the budget from an internationally accepted 15% with, about 60% of that amount going mostly to salaries.

Health systems consultant and Harare Central Hospital chief executive officer Nyasha Masuka said this translated to a $40 per capita allocation for each Zimbabwean in terms of how much they have for health care services for 2019.

Mbizo MP Settlement Chikwinya (MDC Alliance) said Ncube should have given a rundown of the $9,6 billion domestic debt and how it was accumulated.

Kanyeze said while the Auditor-General has been publishing audit findings pointing to corruption and embezzlement of funds, nothing had been done by Parliament’s oversight function to deal with these problems to plug the holes.

“We don’t have bad weather whereby in a week the hurricane can destroy the economy, the only hurricane we have in Zimbabwe is the human being through corruption,” Kanyenze said.

He added that there was a need to expedite the one stop investment shop years after it was mooted, adding it was fundamental to strengthen parastatals which had been an albatross to the fiscus’ neck.

“We must not tolerate institutional decay. Our challenge is not that we don’t have resources, but stewardship of those resources,” he said.

Another economist Gift Mugano said lack of production was the cause for fiscal imbalance and trade imbalance.

“For the last 10 years we have imported about $30 billion more than on exports,” he said. Mugano lauded the introduction of the biometric system to flush out ghost workers, adding the 5% cuts would also make significant contribution towards cutting expenditure.

“An element of reigning in expenditure has to be dealt with Parliament which should have a lot of work here when looking at the monthly reports. How they are spending outside the allocated?” Mugano said.

Mugano said there was inconsistency on allowing duty-free importation of motor vehicles under the senior public servants loan scheme versus the 5% reduction on salary whereas ordinary citizens were paying duty.

“On one end we have reduced the salary and you give the free duty. So it basically means you have eroded the austerity measure at a time everyone is paying the duty in foreign currency. I recommend that the money raised from forex duty be ring-fenced to support local industry,” he said.

He added that putting in place the commodity exchange would allow private players in soyabeans and wheat to boost production as is the case with tobacco production which is raking in nearly $1 billion per annum.

Speaking at the Alpha Media Holdings Conversation on the 2019 National Budget post-mortem meeting yesterday, independent researcher Takudzwanashe Mundenga said it was imperative of Ncube to address the “fictitious 1:1 parity”.

“I think the minister (Ncube) himself wants the bond note gone and you can see it in his statements made before his appointment to his ministry. He made a lot of noise that he would decommission the bond note when he got onto the land scale but when he came in, I think he found for himself that government was bankrupt…” he said.

“… and that maybe decommissioning the bond note was not a good way for them to go considering that he also has to protect the political image of his colleagues within the ruling party. I also personally want the bond note gone because of this fictitious parity of 1:1 but it seems like an elephant in the room for us just to say ‘the bond note must be gone tonight’.”

Masuka said sooner or later government would need to address the currency conundrum.

“I can mention specifically how it has affected the health sector. Charging in United States dollars and not accepting swipe, so these things happen when something is wrong and you do not address it by legislation, you address it by solving the fundamentals. Asking questions like what has caused this? Do we produce in this country?
Where do we get our supplies from?”

Mt Pleasant MP Gift Banda said the budget was set to increase the price of goods due to duty payment of certain products in foreign currency, and it will subsequently trigger inflation.