Party-State conflation must be checked 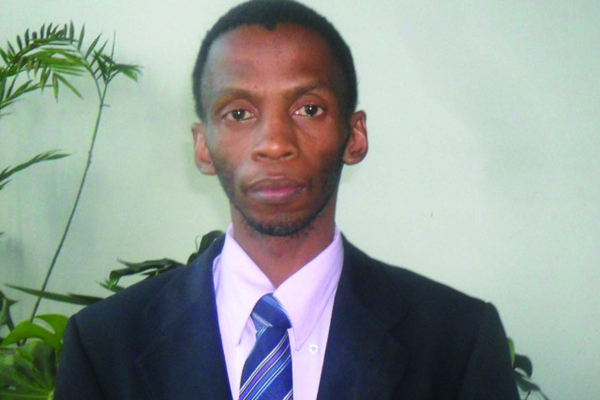 THE late Father Zimbabwe Joshua Nkomo noted in his autobiography that he once asked the then Prime Minister of Zimbabwe, Robert Mugabe which was the supreme organ of the State and to his great shock and horror Mugabe replied that the party and the central committee were the supreme organs in the country and the government was subservient to the party [Nkomo, The Story of My Life].

As we head towards the harmonised elections, the divide between the State and the party continues to grow thinner and in many cases, the State organs, structures, apparatus, events and processes have been diluted, engulfed in and swallowed by party processes.

Quite clearly Zanu PF seems quite happy to continue with the legacy of confusing and conflating the party and the state as it presents a clear electoral advantage.

This is an ideology which they have consistently pursued since independence and this has contributed significantly to advantages of incumbency and unfair head starts in elections.

Candidate or Head of State

It was clearly an oversight that in the 2013 Constitution there was failure to limit the tenure of the Head State to perhaps a month before the elections and possibly allow the Chief Justice to take charge of the country in the interim.

While the current arrangement is the case in most jurisdictions, our context where the party and the government relationship has been exceedingly abused, it will be necessary in 2023 to have amendments that will ensure that any incumbent does not carry forward any electoral advantages.

It has become next to impossible to distinguish between state events for example and party rallies as government resources and apparatus are being used for party processes.

It has become a norm for either sitting Presidents or their wives to distribute inputs, food, blankets and other hand-outs. I have no qualms about this as long as they are sourcing these freebies from their own pockets.

However, in many cases the source of the handouts is not revealed and in some cases programmes run by the department of social welfare for example are hijacked by the party for political purposes.

Such was the case in Umzingwane Ward 5 recently when a council aspirant from the ruling party hijacked a social welfare programme for political purposes and purported that is was a party programme.

Public officials who donate food, inputs and other freebies must declare the source of these donations as in many cases these are actually government or taxpayer funds, and not an expression of the kindness or benevolence of politicians.

Election observers both local and international must be on the look out for government vehicles that are used or abused during political rallies either transporting officials, party functionaries or equipment to be used for the purposes of political meetings.

This gives an unfair advantage to the political party in power whether it is Zanu PF or MDC Alliance if they then win the 2018 elections.

While they have a right to belong to a political party of their choice, they must not in the discharge of their duties, demonstrate affiliation to political parties and in doing so disadvantage other political players and or violate the fundamental freedoms of citizens.

Sadly senior government officials including district administrators, rural district council officials and heads of government departments have become regular features at rallies, especially those addressed by the President in his capacity as party president and those addressed by Vice-President Constantino Chiwenga. This is ultra vires the Constitution and urgent action needs to be taken to ensure that civil servants are not made to attend political rallies in their official capacities or do not out of their own volition playing leading roles in organising Zanu PF or other political party events.

In terms of both the Constitution and the Traditional Leaders Act, traditional leaders including chiefs, headmen and village heads are not allowed to engage in partisan politics. It has, however, become the norm to see them at political rallies organised by the ruling party and in some instances actively mobilising people to attend party meetings.

However, due to the conflation of the party and government, at times they themselves are not sure about the difference between State events where the President is presiding as Head of State and government and events where he presides as a leader of a political party and a candidate in the elections.

Traditional leaders must not be seen at such events as the law clearly forbids them to do so. The allowances they receive are not due to the benevolence of the party, but the obligation of a government which is accountable to the people who finance the government through taxes.

There must be a clear distinction between the party and the state resources, personnel and apparatus that belongs to the government must be used by and for government purposes for the good of the governed regardless of political parties.

It is also imperative to ensure that once an election is proclaimed, candidates should be prohibited from fishing out freebies. After all, if they are that benevolent they have over four years if not their entire lifetimes to do so.

It is also abundantly clear that while the Constitution outlaws some practises which promote party/State conflation, the absence of a culture of upholding the Constitution or constitutionalism is at the heart of this cardinal
collective malpractice.

 Dumisani O Nkomo is the chief executive officer of Habakkuk Trust. He is also an activist, content producer and writer. He writes here in his personal capacity. He can be contacted on Dumisani.nkomo@gmail.com

Newer Post
ED must prove he is not interfering with Zec: Mawarire
Older Post
The voice of the people is NOT the voice of God