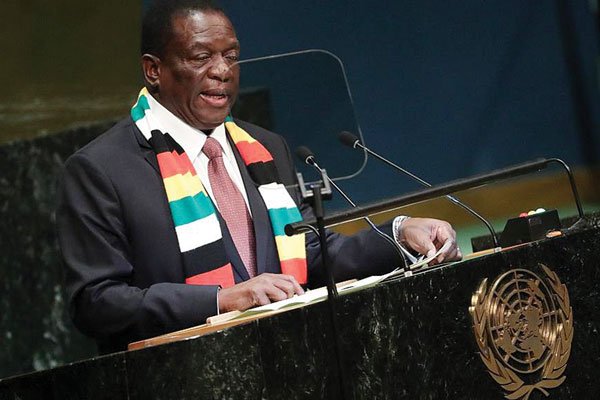 GOVERNMENT says it will award its workers another pay increase in June as prices of basic commodities continue to skyrocket, eroding the purchasing power of disposable incomes.

Chairperson of the Public Service Commission (PSC) Vincent Hungwe said government was aware of the chaos in the market wrought by the price hikes which are daily eroding the recent salary increments awarded to civil servants.

Revealing that a new proposal to further cushion the workers had been tabled, he said: “Since the 1st of April, there has been some changes, some challenges within our economy and we are continuing to engage employees in order to come up with a mid-term adjustment to their salaries sometime in June and July.”

In April, government offered civil servants a pay rise, lifting the lowest paid to ZWL$600, which has now been eroded to the equivalent of almost US$100 as the RTGS dollar continues to take a hit on the black market where it is now trading at around ZWL$570 per US$100.

Hungwe said the increase was gifted to the workers by President Emmerson Mnangagwa, without any need to negotiate for it.

“We do engage with our employees from time to time and you will recall that at the beginning of the year the President granted civil servants some resources which were not negotiated.
It was the President merely indicating and recognising that there has been some challenges with respect to the economy and the increases in prices,” he said.

“Subsequent to that we engaged with our employees for purposes of coming up with a cost of living adjustment to the tune of $400 million which became operational from April 1.”

Hungwe said the PSC was looking at other ways which are not limited to increasing salaries and allowances for civil servants in order to cushion workers from the harsh economic meltdown.

“Over and above salaries and allowances for civil servants, there is always a consistent focus on our part as the employer to ensure that non-monetary benefits continue to be delivered to our employees,” he said.

“Just watch this space, within the coming two to three months and see the extent to which we would have gone to see that the non-monetary benefits become a reality. All this is intended, of course, to ensure that workers continue to be barricaded against some of the vicissitudes that one finds in the economy.”

Meanwhile, Mnangagwa appointed commissions for the Zimbabwe Defence Forces, police and prisons, which will all be chaired by Hungwe.

The commissioners, who were approved a month ago and took oath of office before Mnangagwa, will begin work to improve the conditions of service for soldiers, police and prison officers.
Most of the 18 commissioners, who are retired members of the army and police, are of advanced age.