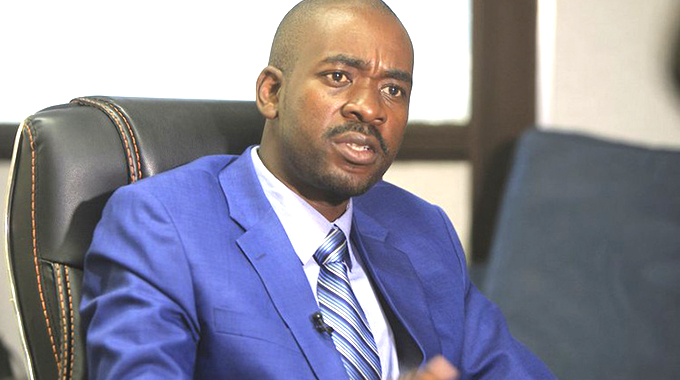 In a message to commemorate Workers Day, Chamisa weighed in on the raging debate over payment of salaries in the local currency at a time most goods and services are priced in foreign currency.

“Give workers’ salaries in US dollars,” the MDC Alliance leader tweeted.

“Saluting the labour that built up this land and those who work to make Zimbabwe a great country.

“Without labour nothing flourishes. “We join workers of Zimbabwe to fight for political, economic and social justice. “Workers deserve a decent wage.”

In his Workers Day message,  President Emmerson Mnangagwa said the condition of workers in Zimbabwe had improved under his presidency.

“Zimbabwe at 41 is much better than Zimbabwe at 37 before the second republic,” Mnangagwa said.

“The gloomy picture of 2017 has been replaced by a genuine sense of optimism that conditions are now in place for our country to fulfil its potential and for our people to thrive.

“We use this day to galvanise Zimbabwean workers for greater unity towards the achievement of the great task set out in the national development strategy and towards achieving vision 2030.

“None but ourselves bear the burden to grow and prosper our motherland.

“We are our own keepers and force for our own development.

“Your sacrifice and continued endurance has kept the wheels of Zimbabwe’s economy turning.

“The priority remains that of protecting and serving the needs of workers and their families.”

Mnangagwa took over from the late Robert Mugabe following a military coup in 2017.

Prior to that, he was a permanent feature in Mugabe’s Cabinet since 1980.

Civil servants, who are ironically demanding salaries in United States dollars as per October 2018, reacted angrily to Mnangagwa’s claims that their situation had improved.

“We are not sharing the aura of optimism because we are in a very dark moment because of incapacitation,” the Zimbabwe Confederation of Public Sector Trade Unions (formerly Apex Council) general-secretary David Dzatsunga said.

“We never said we don’t want to come to work.

“We want to come to work every day even on weekends if what they are paying us is adequate. We are yet to get this optimism.”

The Progressive Teachers Union of Zimbabwe said workers in Zimbabwe were under siege and all must unite and face “the enemy”.

“The worker in Zimbabwe is under siege, and Happy Workers’ Day sounds like a ritual,” PTUZ said in a statement.

“Nevertheless, we say Happy Workers’ Day to all Zimbabwean workers. Unite and face the enemy.”

The Zimbabwe Teachers Association said: “It is May Day, a day that we ordinarily celebrate and chronicle the achievements of the workers.

“We are supposed to celebrate all the way and to plan ahead as motivated workers of this country, but it’s all in the past. It’s a black May Day for us.”

Zimbabwe is plagued by high unemployment, which observers said stretches to over 90% with many relying on the informal sector for survival.