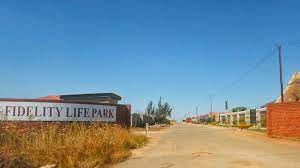 Shelter is one of the fundamental human rights recognised not only in the universal declaration of rights, but also in our supreme law of the land, the constitution.

Without it, mankind is stripped of its dignity and would not be any different from some of the species of the wild that slumber anywhere, anyhow.

Important as the delivery of housing is known to be, providing shelter for all has for the longest time proved to be a hard target on account of resource constraints, amongst other factors.

Not a single one of the socio-economic programmes initiated in the past four decades has succeeded in getting past this challenge.

Notwithstanding, the struggle for decent housing continues, with government and the private sector resolute in making the provision of housing across the length and breadth of Zimbabwe one of their main focus areas.

Government’s National Development Strategy, has crucially made the provision of shelter one of its central planks upon which the administration of President Emmerson Mnangagwa aspires to transform the nation into an upper middle income economy by the year 2030.

Not to be outdone, various land developers in Zimbabwe have come up with sound projects that are at different stages of implementation, although funding has always been the major variable slowing their pace, especially in view of the country’s volatile exchange rate which has triggered hyperinflation.

The ultimate though for both government and the private sector is to eradicate the burgeoning housing backlog, estimated at 1,25 million housing units, nationally.

As expected, Harare tops the list at 151 000 people on its housing waiting list, which is almost the entire population for the whole of Gweru.

The balance is accounted for by the remaining cities, towns and rural district councils.

Expunging the backlog should never be government’s responsibility.

Government must confine itself to the creation of a conducive operating environment within which private capital could thrive; it’s a responsibility that should see the state taking a more active role in ensuring the availability of long-term funding for housing development at competitive rates, while taking the lead in reforming by-laws and regulations that are frustrating realtors.

While the introduction of the Real Estate Investment Trust marks a step in the right direction towards baiting deep-pocketed investors to direct funding into infrastructure development, it would also help if government is to take definitive steps to make the country attractive for green funds that can motivate contractors to play their part in eliminating greenhouse carbon emissions in future projects.

Land developers will, however, need to play a much bigger role, without taking shortcuts. Across the country, desperate home-seekers have been duped of their hard-earned income by bogus land developers and unregistered estate agents that are preying on their naivety.

Symptomatic of the malpractices, some of which have gone unpunished, is the mushrooming of illegal settlements nationwide that are without prerequisites such as electricity, water and sewer reticulation infrastructure. The irony of it is that the culprits have been left to roam the streets freely, while closing in on their next targets.

In the mountainous city of Mutare, the sprawling Gimboki settlement dwarfs the combined populations of Sakubva and Dangamvura suburbs, and represents a clear and present danger in the event that there is an outbreak of contagious diseases such as typhoid and cholera.

In Chitungwiza, Chirambahuyo is one of the informal settlements that are posing headaches to the city fathers with its population having grown beyond the 30 000 residents it had in 1979.

South-east of the capital city, is another unplanned settlement, Epworth, whose population is now in excess of 151 000, according to the 2012 census.

While all the other cities and towns in Zimbabwe are grappling with their own peculiar challenges, Harare is in a more desperate situation, with slums such as Churu Farm, Hopley, Snake Park etc, turning into eyesores of gigantic proportions and an embarrassment to the city fathers’ acclaimed “Sunshine City status”.

It is encouraging, however, to see land developers that have really taken their responsibilities seriously by establishing low to high-density suburbs that can compete with some of the best in the world in terms of infrastructure and quality of work.

There is, therefore, a sense in which one begins to see the proverbial light at the end of the tunnel as far as the much-vaunted provision of housing for all is concerned in line with achieving the Sustainable Development Goals and the country’s Vision 2030.

To the east of the capital city, there is Zimre Park, named after reinsurer, ZimRe Holdings, which has made several investments into property.

Mabvazuva, by Exodus and Company, is also taking shape after the developers earned a good reputation for themselves when they successfully completed Madokero, nearer to Westgate.

Sunway City and Manresa Park are also amongst the housing developments that have emerged eastwards of the capital city.

It has been a mixed bag to the south and north of central Harare where some of the developers such as CT Golden City have done a good job in spite of the difficult operating environment prevailing in Zimbabwe, while others such as Crowhill seem to be struggling.

To the west, there is Fairview Estate, Sandton, and others that have changed Harare’s landscape for the better with the former introducing the concept of gated communities, which is deepening its roots in Zimbabwe.

It is unfortunate, however, to note that the few bona fide housing developers whom we should be applauding for their efforts are constantly being distracted by some of those who have taken up units and are trying to pay Zimbabwe dollars for their properties, much to the detriment of the developers.

Such has been the case in some ongoing housing development projects where some of the residents were coerced into demanding that their obligations be paid at the rate of one to one to the United States dollar, which might sink the developer should the court rule in their favour.

This mayhem has been exported to other developments, such as those taking place in Harare’s Westgate area including Fairview Properties, where some clients have been mobilising residents to repudiate certain clauses in their agreements, which will also have the effect of undermining the developer’s ability to continue offering a quality service.

In a way, developers’ ability to continue doing a good job is going to be dependent on their residents’ willingness to honour the letter and spirit of their agreements, and resisting attempts by those who seek to feather their nests by trying to manipulate weaknesses in our statutes.

Mvundura is a consultant in the real estate sector.