PCB Chief Selector has named a 20-member squad, including nine uncapped players, for the two-Test series against South Africa, which commences here on 26 January. 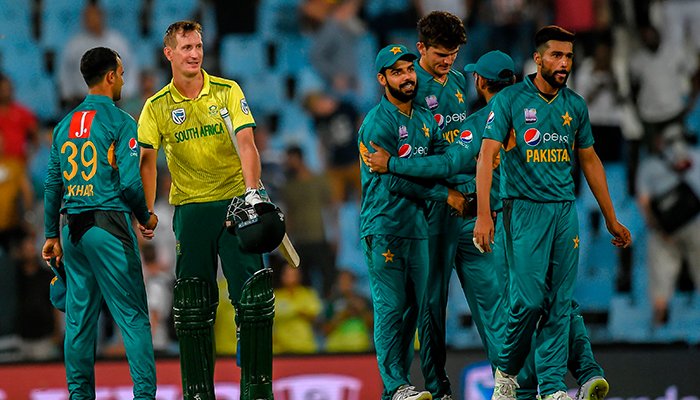 The players will enter the bio-secure bubble on 19 January and the squad will be trimmed to 16 players ahead of the first Test.

Hasan Ali has returned to the Test side after two years following a highly successful Quaid-e-Azam Trophy in which he was adjudged player of the final and tournament.

Hasan, whose ninth and last Test appearance was against South Africa in Johannesburg, took 43 wickets and scored 273 runs in a fierce and highly competitive Quaid-e-Azam Trophy that included match figures of five for 129 and 106 not out in the second innings of the tied final.

Chief selector Muhammad Wasim said that “I want to congratulate all the uncapped players who have made it to the 20-player Pakistan Test squad. These nine players are now just a step away from representing Pakistan in the pinnacle format of the game. As such, they have an outstanding opportunity to step-up show their class and potential, and perform strongly so that they can cement their places for future international assignments.
Schedule: