Persecuted teachers vow to fight on

Since schools opened on February 7, 2022 teachers have been on industrial action in protest against poor salaries that have reduced them to paupers.

Source: Persecuted teachers vow to fight on – The Zimbabwean 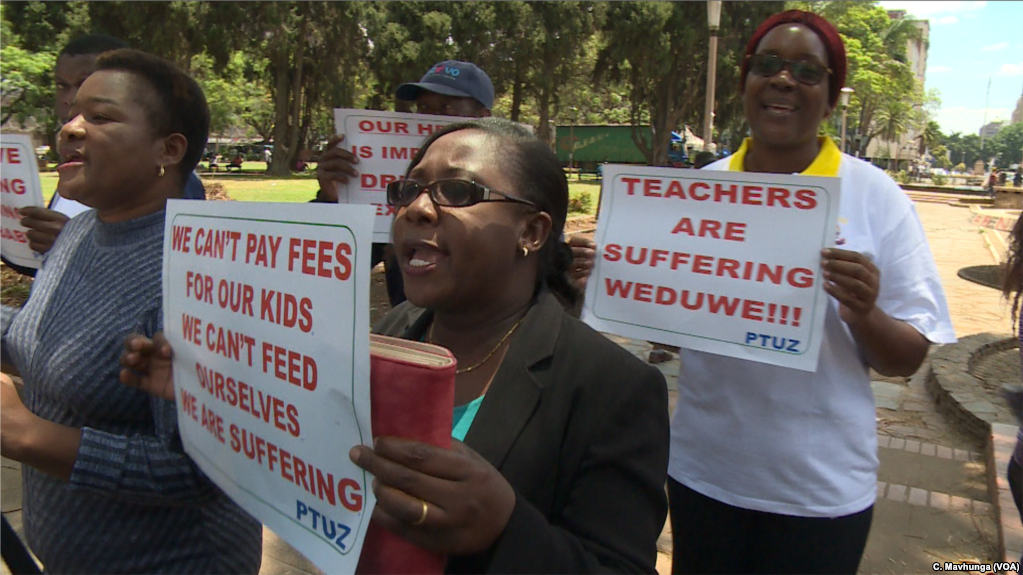 The government has responded with threats of dismissals and a number of cases of teachers being intimidated by state security agents have also been reported across the country.

However, the Amalgamated Rural Teachers Union of Zimbabwe (ARTUZ) says the intimidations will not stop their fight for better remuneration.

Below, we capture ARTUZ Secretary General, Robson Chere’s response to the continued intimidation of teachers by the government.

“The intimidation of teachers to report for duty using a command and military approach is regrettable but not surprising given the nature of the kind of employer we have who for decades has been using the stick approach to silence teachers from airing genuine concerns regarding their welfare. There is no legal framework that gives the government power to frog march teachers into classrooms and as a Union, we are not moved a single inch by these threatening antics. Our membership remains resolute and we are taking our case to every platform available; the people of Zimbabwe and all relevant national and International stakeholders such as the Zimbabwe Congress of Trade Unions to which ARTUZ is a member and the International Labour Organization to which ARTUZ is affiliated as well.

“On the ground, we are dispatching our National Executive members to provinces where they are documenting such cases and assisting the persecuted members. On the issue of suspensions we are very clear that the Ministry of Primary and Secondary Education acted ultra vires it’s mandate and duties and the suspensions are null and void. The law is very clear on that and we will not waste time trading statements with a cabal that knows that what they have done is not in line with the law. We stand ready to fight this injustice through the courts and massive street protests to register our disgust at such a move.”