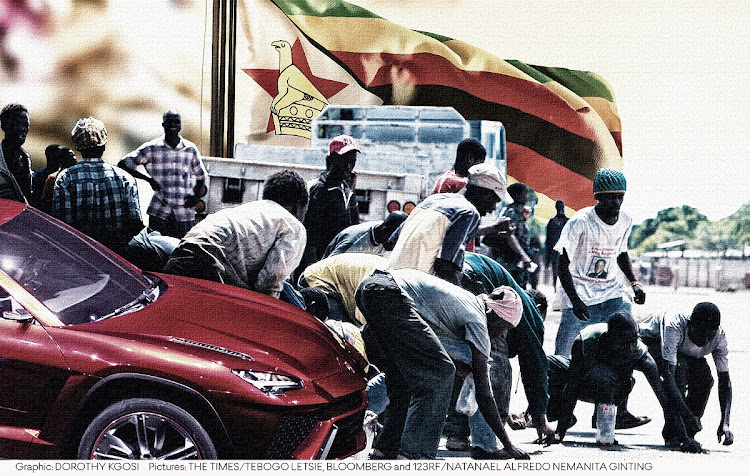 The late JK Galbraith, an influential economist in the US public sphere more than 60 years ago, described Americans’ conspicuous consumption in his book The Affluent Society as “private opulence amidst public squalor”.

In so doing he made popular a term he borrowed from Sallust, the Roman historian who first expressed it in Latin more than 2,000 years ago: “Habemus publice egestatem, privatim, opulentiam” (We have luxury and avarice, but as a people poverty, and in private opulence). This painted a vivid image of the public decay that characterised the late stages of the Roman republic.

Zimbabwe today is in every aspect much like both the late Roman republic when Sallust first coined the phrase and late 1950s America when JK Galbraith popularised it. It is a tale of unbridled gluttony, with political elites and their proxies who masquerade as business people enjoying unprecedented levels of private opulence amid public squalor.

Recently, as if to dramatise this dichotomy, Justice Mayor Wadyajena, a Zanu-PF legislator for Gokwe-Nembudziya, one of the poorest constituencies in Zimbabwe, imported a brand-new Lamborghini Urus SUV, for which he reportedly paid $420,000 (R6m). It set tongues wagging among Zimbabweans both at home and in the diaspora.

Concerned citizens could not fathom how a governing party politician could afford such profligacy, a legitimate question in the context of the government’s   “austerity for prosperity” programme. This includes economic measures championed by Cambridge University-educated finance and economic development minister Prof Mthuli Ncube, which have seen curbs placed on expenditure on essential services and ordinary citizens being taxed to the bone. This has allegedly resulted in a budget surplus of $500m.

It also did not escape the notice of many Zimbabweans that Wadyajena, like the rest of the population, will have to navigate the country’s potholed roads with his sparkling new toy. The state of disrepair of Zimbabwe’s roads mirrors that of all other public and social services. State-owned hospitals, schools and enterprises are invariably squalid and inefficient. The public transport system is virtually nonexistent, with recent attempts to revive it clearly reactionary. Most urban areas do not have access to clean water, sanitation or hygiene services, nor even electricity for up to 18 hours a day as power cuts persist with no end in sight.

The law enforcement agencies are not only poorly resourced and trained but frequently abused to further the partisan interests of Zanu-PF, the governing party. Given that for all intents and purposes Emmerson Mnangagwa’s presidency has been marked by greater continuity than change from the Robert Mugabe era, it is no real surprise that the same crude law enforcement tactics continue. 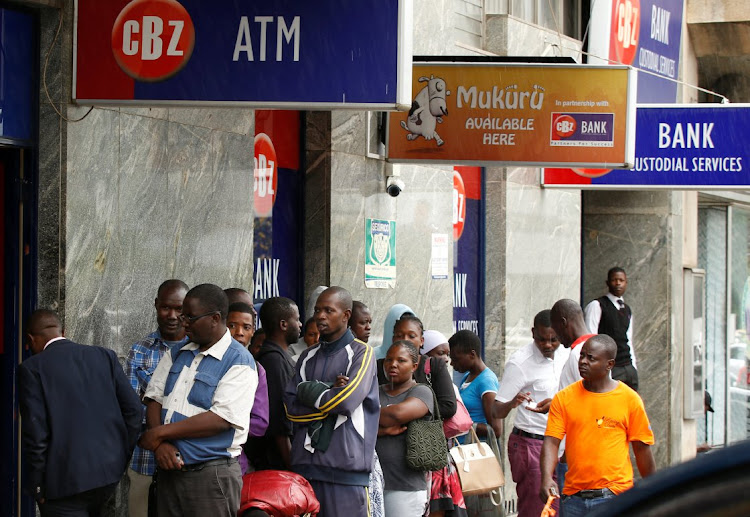 Women and children bear a disproportionate burden of the economic and social strains of the country’s failed public services, visible in the schools, hospitals and public transport system. These have been worsened by austerity measures implemented in an ambitious attempt to clear longstanding arrears with global multilateral lending institutions. This illustrates the absurdity of the country’s economic policy priorities; with a decaying public realm, inadequate infrastructure and productivity crisis, it is a hollow boast to celebrate a budget surplus.

The most recent official data, for May, put inflation at 98%. Rising inflation, fuelled in part by a spiralling exchange rate on the alternative market before the government intervened by banning the multicurrency system and replacing it with a local unit of account for transacting purposes, has eroded real earnings.

The dire state of Zimbabwe’s public services undoubtedly breeds discontent, and coupled with an economy that appears to be in inexorable decline it is not far-fetched to assert that the prevailing situation poses a security risk to the country and neighbouring states, particularly SA, which remains the favoured destination of Zimbabweans fleeing the socioeconomic siege back home.

What is to be done to mitigate this looming security threat?

There must be clear recognition and acknowledgment from all actors that challenges in public and social services are the most pressing issue facing the country. Once that is achieved, there has to be an earnest attempt to diagnose the cause of the public squalor ordinary citizens experience. Zimbabwe cannot risk misdiagnosis as it will lead to the wrong remedy being applied to a patient already comatose.

The cause and the solution to Zimbabwe’s problems are rooted in politics. There is urgent need for political reform, and this has seen calls for a genuine, nonconditional and all-inclusive dialogue convened by an independent party grow louder by the day. Considering that the only reprieve to collapsing public and social services during the last two decades coincided with the government of national unity from 2009 to 2013, these calls may be justified.

However, resolving the political question through either dialogue or elections may not be the only way out of the quagmire. The incumbent president assumed power through what was essentially a coup, but for the sake of expedience a world that had grown weary of former president Mugabe euphemistically called a “military-assisted transition”. Mnangagwa and his military backers have no incentive to agree to dialogue that might result in genuine political reform as this will inevitably involve a reduction — or loss — of power. Elections in Zimbabwe have become a cosmetic exercise, and given their perilous nature since 2000 are unlikely to be the solution to the public and social crisis facing Zimbabwe. In any case, it is unlikely there will be elections before 2023.

Zimbabweans would therefore do well to heed the advice of Galbraith: adopt sound and pragmatic solutions and do not assume dogmatic positions or give in to ideological posturing. This means realising the solution will inevitably be issue driven and appeal to the self interest of all stakeholders, because if the current decline in the quality of public and social services continues it will sink everyone in the country, the governing elite included.

The best course of action is two-pronged. First, it requires citizens through churches, civic society, labour and opposition political parties to compel the government to dismantle perverse incentives built into the economy that create opportunities for private gain at the expense of society in general. For instance, the overvaluation of the RTGS dollar on the interbank market persists because it benefits well-placed bureaucrats and business people, who in effect are given subsidised access to foreign exchange, which is what enables them to afford their opulent lifestyles.

Second, the government must stop the austerity measures. Credible studies have shown that the effects of austerity are not evenly spread. They have a devastating effect on public and social services and people already living in poverty are hardest hit. As an example, with the government failing to pay for crucial life-saving antiretroviral drugs, the consequences are already being felt by some of the most vulnerable people in the country.

• Mudzamiri is a Zimbabwean financial services professional based in Johannesburg.