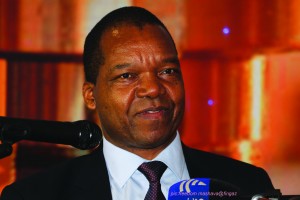 THE amount of foreign notes and coins in the banking system slumped by 79 percent to $40,58 million at the end of July, from $193,28 million in January 2016, central bank data showed.
The stock of bond notes and coins increased to $12,31 million in August from $7,15 million the previous month.
Total physical cash amounting to $52,89 million is less than 0,8 percent of total deposits, which stood at $6,8 billion in August.

Physical cash holdings amounting to between 15 percent to 20 percent are required to meet depositors’ demands.
Before the bank note crisis intensified, banks held an average $300 million in physical cash every month.

Since 2016, Zimbabwe has seen long lines at banks, which are struggling to meet depositors’ demand for physical cash.
The Reserve Bank of Zimbabwe’s (RBZ) monthly report for August, the latest available, showed that foreign notes in the formal system continued to dwindle, with a year-on-year decrease of 73 percent.
Banks opened 2017 with $110,9 million worth of foreign notes and coins.

The foreign currency situation has worsened since the closure of the tobacco auction floors at the end of August, and this has left retailers scrounging for foreign currency resources on the parallel market at higher than usual premiums in a bid to settle foreign commitments.

When Zimbabwe adopted the multi-currency system, total deposits in the banking system were at $1,66 billion, but the cash to deposit ratio plummeted from 35 percent in 2009 to five percent in January 2017.
Hard cash circulation also slumped from $642 million in 2013.

In spite of this, bank deposits have increased from $4,728 billion in 2013 to just under $7 billion at the end of August.

According to economist Ashok Chakravarti, the surge in deposits is not a result of more money in the economy, but a direct consequence of government over-expenditure on salaries.