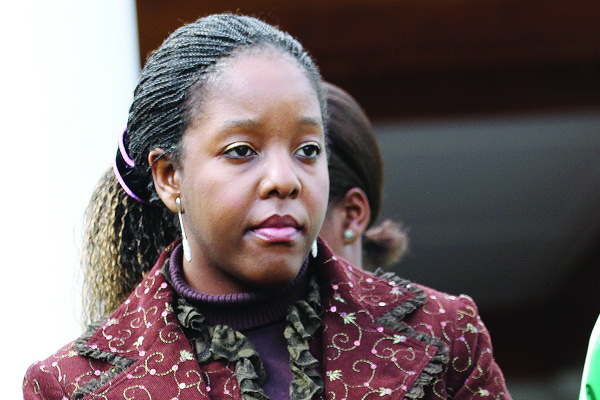 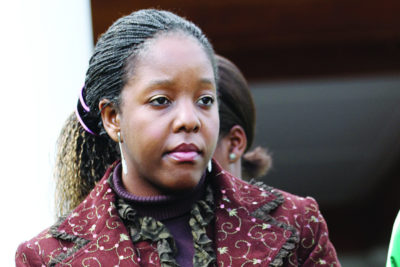 Robert Mugabe’s daughter Bona was at Harare’s international airport on Wednesday to see the arrival of a newly-acquired passenger plane bearing her father’s initials.

The Boeing 777, with the registration code Z-RGM, made a low fly past over Harare’s main Robert Gabriel Mugabe International Airport before it touched down early afternoon from Malaysia.

Pictures from the runway showed Bona Mugabe with her husband, Simba Chikore, who was aboard the plane and dressed in a pilot’s uniform. It was unclear if Chikore, a trained airline pilot, had been at the controls.

Chikore was chief operating officer at the debt-ridden Air Zimbabwe at the time a deal was reportedly sealed last year with Malaysia Airlines to purchase pre-used planes. He no longer holds that post.

Debt-ridden Air Zimbabwe is currently banned from flying to Europe because of safety concerns.

Last year there was speculation the government of former president Robert Mugabe would try to create a new airline called Zimbabwe Airways so that it can resume flights on lucrative European routes.

Mugabe was forced to step down during a military takeover in November.

Scenes at RG Mugabe International as the Zimbabwe Airways Boeing 777 is treated to a water salute. The plane's registration is Z-RGM (Robert Gabriel Mugabe). I reckon this long-haul aircraft would be suitable for the Harare-London or Harare-Lusaka-Guangzhou routes. pic.twitter.com/yPRYVKEeK8

Ladies and Gentlemen Zimbabwe Airways has announced itself with a low fly past over R.G Mugabe International. pic.twitter.com/f9brd5xsZW