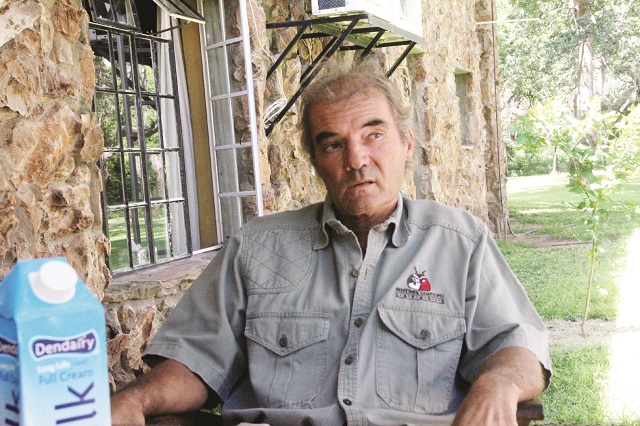 Mashudu Netsianda in Beitbridge
HIGH-level poaching at Sentinel-Limpopo Safaris on the outskirts of Beitbridge Town continues to be a threat to tourism within the Greater Mapungubwe Transfrontier Conversation Area (TFCA), a vast safari land joint owned by Zimbabwe, South Africa and Botswana.

Sunday News recently travelled to Sentinel-Limpopo Safaris, about 78 kilometres west of the border town, and established that an average of 30 animals, particularly impalas and elands are killed monthly.

The safari operator, Mr Digby Bristow said the poachers find their way into the property at night under the cover of darkness.

“The big challenge that we are facing here at Sentinel is poaching where villagers from neighbouring Maramani area and other surrounding communities come at night mainly with torches and dogs to hunt down wildlife targeting mainly impalas and eland and kudus. The dogs are very efficient at tracing and catching the animals, which they then blind with spotlights and spear to death. They then cut the dead animal and load it onto donkeys and ferry the meat,” he said.

Mr Bristow said despite night patrols that have seen some of the suspects being arrested, poaching continued unabated resulting in a decline in wildlife populations at the safari area.

“The poachers are very sophisticated and generally, these are people from the local community who operate as a commercial syndicate. We, as tourist operators, would like to protect the wildlife so that tourists can come and look at them. People come from overseas not to see our cattle, sheep or any other domesticated animals. They come to see our wildlife and if we don’t protect them it would be disastrous for our economy. We have the Greater Mapungubwe TFCA whose draw card is our wildlife and if we lose our wildlife we have got nothing for the tourists,” he said.

“This area used to be very rich in wildlife and in the past we used to have big herds of elephants, elands, impalas and a pride of lions, hyenas, cheetahs and leopards. Sadly poachers have been targeting animals such as elands and their numbers have gone down considerably.

The populations of our impalas have also gone done due to poaching.”

Recently more than 200 snares were removed in one month from the safari area.

“Quite often we have had 200 snares set in a line in the bush and any impala or two would walk into that line of snares and get trapped to death.

Another problem is that snares also maim elephants as they walk through the bush. An elephant walks head first into the snare line and its trunk is hooked by the snares and as it struggles to disentangle itself the trunk gets sliced off and that elephant will eventually die a sad death because it won’t be able to feed itself,” said Mr Bristow.

“Poaching is destructive and we really have to change from this culture of poaching and people should understand that we have limited wildlife resources and if we don’t change as Zimbabweans we are going to suffer, the economy is going to suffer because we have to bring in tourists so that at the end of the day we all benefit from the foreign currency earnings that tourists bring to our country. It is basically a do-or-die situation.”

Last month, two poachers were busted by game rangers at Sentinel Safaris after killing nine baby impalas using dogs. The poachers are believed to be part of a syndicate of poachers targeting impalas and elands in the safari area. Two years ago, a lioness and 41 endangered white-backed vultures were found dead after they poisoned at Sentinel-Limpopo Safaris. The endangered vultures feasted on the carcass of a lioness that was allegedly poisoned with strychnine. Strychnine is a highly toxic, colourless compound used as a pesticide, particularly for killing small vertebrates such as birds and rodents.

It was suspected that a disgruntled cattle farmer from the neighbouring Maramani Village was behind the poisoning.

Mr Bristow said as part of the Greater Mapungubwe TFCA anti-poaching exercise, they have roped in scouts from Mapungubwe National Park in South Africa and the Tuli Block in Botswana to jointly fight cross-border poaching.

Poachers are reportedly also crossing the Limpopo River to poach in Botswana and South Africa.

“It became clear to us that these poachers were doing cross border offences and we are now sharing information with the South African and Botswana authorities and building concrete evidence and the suspects, once caught, will be prosecuted in any of the three countries where they would have been caught,” said Mr Bristow.

Beitbridge West legislator Cde Metrine Mudau also expressed concern over rampant poaching in her constituency. She urged community and traditional leaders to complement the Government in fighting the scourge.

“Poaching is an issue of concern and we urge traditional leaders to educate our people on the need to protect our wildlife heritage.

Poaching is also threatening the survival of the Greater Mapungubwe TFCA and therefore there is need to join hands and fight poaching,” she said.
Sentinel Limpopo Safaris is situated on the northern bank of the Limpopo River.

It is a pristine and fenceless wilderness covering about 32 000 hectares of diverse habitats and rich fauna and flora. The Governments of Zimbabwe, Botswana and South Africa signed a Memorandum of Understanding (MOU) on 22 June 2006 to establish the mega game park.