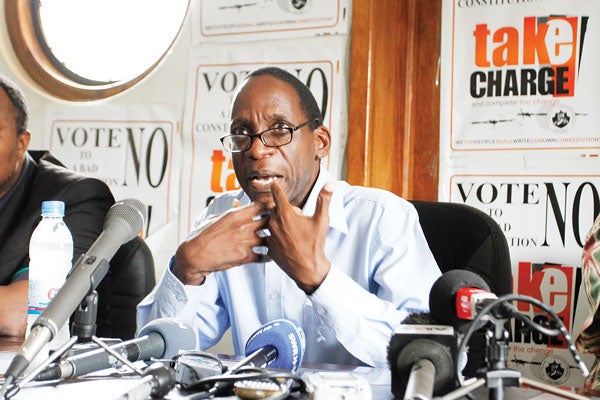 The Political Actors Dialogue (Polad) wants to hold an economic summit next month where it intends to invite various stakeholders, including those perceived to be critics of government among them the Zimbabwe Congress of Trade Unions (ZCTU).

Polad members met in Bulawayo on Friday where they formed different thematic committees to deal with issues affecting the country to prepare groundwork for the summit slated for February 28.

Coalition of Democrats (CODE) leader Trust Chikohora, who chairs the economic thematic committee, said Polad wanted to address issues such as corruption, hyperinflation and the cash crisis and come up with a work plan for the first quarter of the year.

“We will identify the four pillars of the Zimbabwean economy and tour companies and organisations,’’ said Chikohora.

“We will lobby other countries to assist Zimbabwe in the economic resuscitation. Our economic summit to be held on February 28 will bring together all major players of the economy such as the Consumer Council, the investor community and the Zimbabwe Congress of Trade Unions. We want to come up with recommendations that we will present to the government.’’

He added that Polad would come up with a position paper through its constitutional and legislative committee and present it to Parliament.

NCA leader Lovemore Madhuku chairs the constitutional and legislative thematic committee while MDC-T president Thokozani Khupe is in charge of the international engagement one.

However, contacted for comment, ZCTU secretary-general Japhet Moyo said the labour movement was aware of many talk show platforms being created as a diversionary strategy.

“We are aware of many diversionary strategies, but we are too busy with our core mandate to attend to these talk shows. We already have the Tripartite Negotiating Forum (TNF) that is legislated and mandated to deal with socio-economic issues. Therefore it might be a misnomer for government to create another platform to deal with the same issues before the TNF,’’ Moyo said.