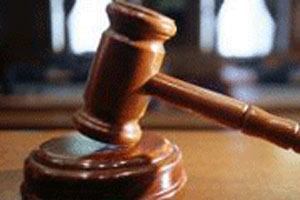 Former Industry and International Trade deputy minister Phineas Chihota has been dragged to the High Court by a woman, Sarudzayi Nhundu, who is seeking an order to cancel the parties’ agreement of sale of a property after Chihota allegedly took occupation of the property without paying the purchase price.

Nearly 14 years after signing an agreement of sale for Stand 139 Rietfontein Township 9 of Lot 11 of Rietfontein measuring 3661 square metres, also known as Number 78 Ridgeway North, Borrowdale, Harare, the former deputy minister is alleged to have reneged on the agreement, pushing the woman into destitution.

Nhundu recently approached the court with summons seeking an order for the cancellation of the agreement of sale and the reversal of title deeds to the property which Chihota has now been claiming ownership.

“The plaintiff’s (Nhundu) claim against the defendant (Chihota) is for cancellation of the agreement of sale entered into between plaintiff and first defendant on January 25, 2006 and reversal of title deed number 3005/07 registered in the name of Phineas Chivazhe Chihota to title deed number 6998/01 of a certain piece of land situate in the District of Salisbury, being Stand 139 Rietfontein Township 9 of Lot 11 of Rietfontein measuring 3661 square metres, also known as Number 78 Ridgeway North, Borrowdale, Harare,” Nhundu said in her declaration

In her affidavit, Nhundu said sometime in January 2006, she considered selling the property in question and began advertising it whereupon on January 25 of the same year, Chihota showed interest and asked her to accompany him to CABS Head Office in Highlands.

The woman said the two agreed that the purchase price of the property would be ZWL$28 billion, which amount was supposed to be immediately payable, and further agreed that if he failed to observe or perform his obligations and failed to remedy the breach, she would be entitled to cancel the agreement.

“When the first defendant failed to meet his obligation, plaintiff wrote a notice to his financiers and to him notifying him so, but he approached the courts and that was set aside by a court judgment obtained under HC6241/06,” she said.

Nhundu said she did not at any point in time receive any payment of the purchase price from Chihota although he obtained other judgements under HC3368/07 and HC624/06 on the fundamental misrepresentation to the court that he had paid the purchase price.

Chihota is yet to respond.