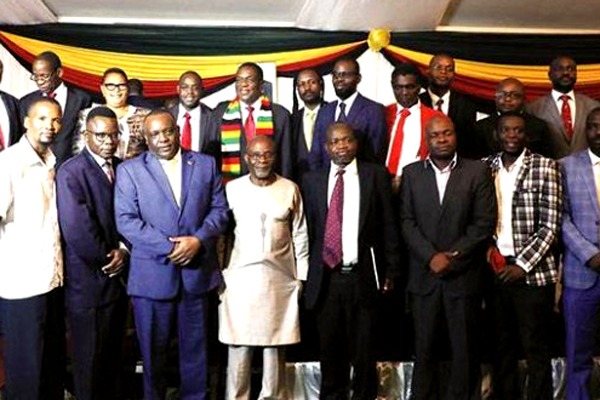 THE Political Actors Dialogue (Polad) has taken its publicity stunt to the Zimbabwe International Trade Fair (ZITF), which began yesterday in Bulawayo, with principal actors saying they could not miss a public relations opportunity.

The ZITF kicked off on a low note, with several exhibitors, both local and international, either still setting up their stands or putting final touches. The annual trade showcase was called off in 2020 over COVID-19 fears.

Polad is among the first-time exhibitors at ZITF, with principal actors adding that they could not miss the opportunity “to be understood” by their critics who dismiss the body as a vehicle for looting public resources.

“As you know, there have been a lot of questions about Polad, but it is an opportunity for us to interact with our constituency. They have to interact with us, it’s an opportunity where they will come here and ask questions on what is Polad, what are its objectives, what has it achieved among other several questions that they will ask,” said Innocent Netanyahu, Polad rapporteur and leader of the Zimbabwe Partnership for Prosperity.

“So we felt it’s very important to interface with them and moreso, this is international. It’s an opportunity for us to exhibit what Polad is.”

Mnangagwa has defended Polad, a platform for parties which contested the 2018 elections, as the right forum for engagement with the opposition.

Devine Hove, chairperson of Polad monitoring, implementation and evaluation committee and also leader of the National Alliance of Patriots, however, argued that the opposition could not make noise from the terraces.

“Our approach is simple, we cannot make noise from the terraces, from the other side of the fence. These discussions, continually engaging with authorities and decision-makers, are the ones that we feel at the end of the day cause the government to make certain U-turns and to make important decisions for the benefit of the people,” he said.

Willard Mugadza, chairperson of Polad’s international relations and re-engagement committee and leader of Bethel Christian Party, added: “We are also different from the traditional opposition, where there is total disengagement with government.

“Our approach as Polad, in particular the international relations and re-engagement committee, is to ensure our international partners are able to understand a different position from other political parties.”

The clergy under the banner of the Zimbabwe Council of Churches has been pushing for a national convergence platform to bring together all political parties, civic society groups and Zimbabweans from all sectors to input into a national vision to get the country out of the political and socio-economic quagmire.