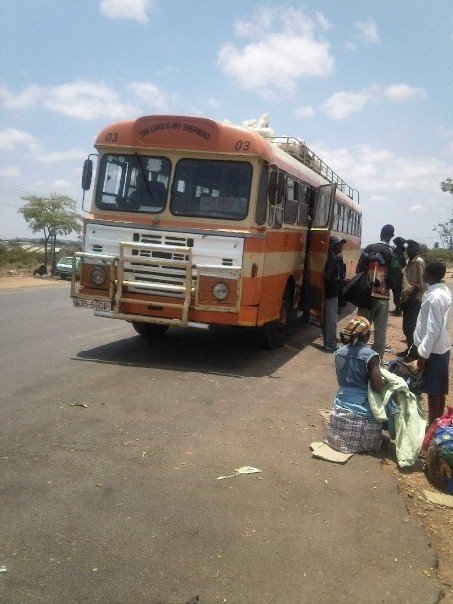 The bus was coming from South Africa.

Bulawayo police spokesperson Inspector Abednico Ncube confirmed the recovery of the goods whose worth is yet to be determined. Said Inspector Ncube:

The Bulawayo Central traffic motorised patrol team was patrolling in the city on Thursday at around 4 PM when they spotted a bus pulling a large trailer with goods loaded on top of it. The police officers drove towards the bus and then asked the driver to stop so that they could check if everything was in order, and the bus driver ignored and continued driving along Khami Road.

He said police had to block the bus driver’s way at the Khami flyover forcing him to stop. Inspector said the bus was then driven to Zimra depot where they discovered that the driver was in possession of smuggled goods. He said the smuggled goods that were taken by the Zimbabwe Revenue Authority (ZIMRA) include a Ford Ranger engine, four new Samsung fridges, two bales of clothes weighing 90kgs each, four Defy fridges.

Ncube added that investigations were underway and that Zimra had impounded the bus.