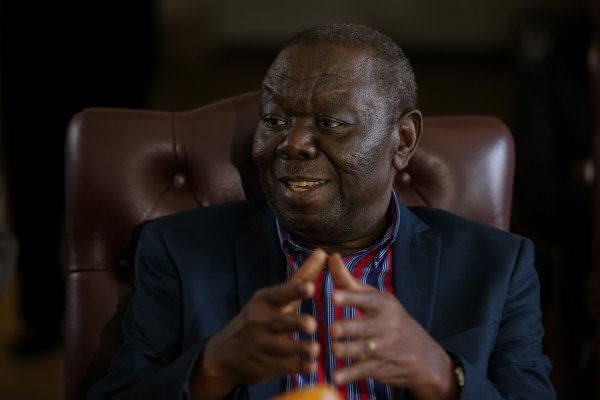 POLICE have reportedly declined to approve the opposition MDC’s application to stage a peaceful march in honour of the party’s late founding leader and former Prime Minister, Morgan Tsvangirai.

Tsvangirai, a fiery former trade unionist, who during his heydays kept the Zanu PF government on its toes, died last year after losing a two-year-long battle with colon cancer.

The march, according to MDC officials, had tentatively been pencilled for tomorrow to coincide with the date he passed on last year before receiving a State-assisted burial at his rural home in Buhera.

Party insiders told NewsDay yesterday that there were sharp disagreements over how to go about commemorating the late party leader, with some pushing for a peaceful march, while others wanted an indoor memorial service.

“Some want to continue with confrontation with the government, but others want a more level-headed and pragmatic approach, which probably is what Tsvangirai would have wanted. The idea of proposing a march is basically by those who want to stoke tensions, which is wrong,” a top MDC executive said.

“Tsvangirai wanted a united country and in his last days, advocated for an end to the crisis than to seek and perpetuate it for selfish reasons. The family is not happy with the idea of using Tsvangirai’s name to further political ends.”

Party spokesperson Jacob Mafume confirmed police in Harare had indicated they would not sanction the proposed march.

“Police have verbally indicated to us that they will not approve the march. We will wait for their written communication before we decide on the course of action or exercise our rights,” he said.

“Our firm understanding is that police have no right to ban or approve the exercise of such a right, they can only facilitate.”

The former Prime Minister’s brother, Manase, said there were various activities lined up, but ruled out a march as one of them.

“No, we are not organising a march or demonstration. There will be speeches to remember him maybe at a closed venue and likely his daughter (Vimbai, Glen View South MP) will organise a rally. We will support her as a family,” Manase said.

As secretary-general of the ZCTU during his trade unionism days, Tsvangirai led the formation of the MDC in 1999, presenting the first formidable challenge to Zanu PF’s stranglehold on power and almost dislodged the ruling party.

The late veteran trade unionist made a political career anchored on successful protests against a litany of government policies demanding a widening of the democratic space.
He is credited with taming Zanu PF excesses, in the process laying the foundation for political tolerance in Zimbabwe.