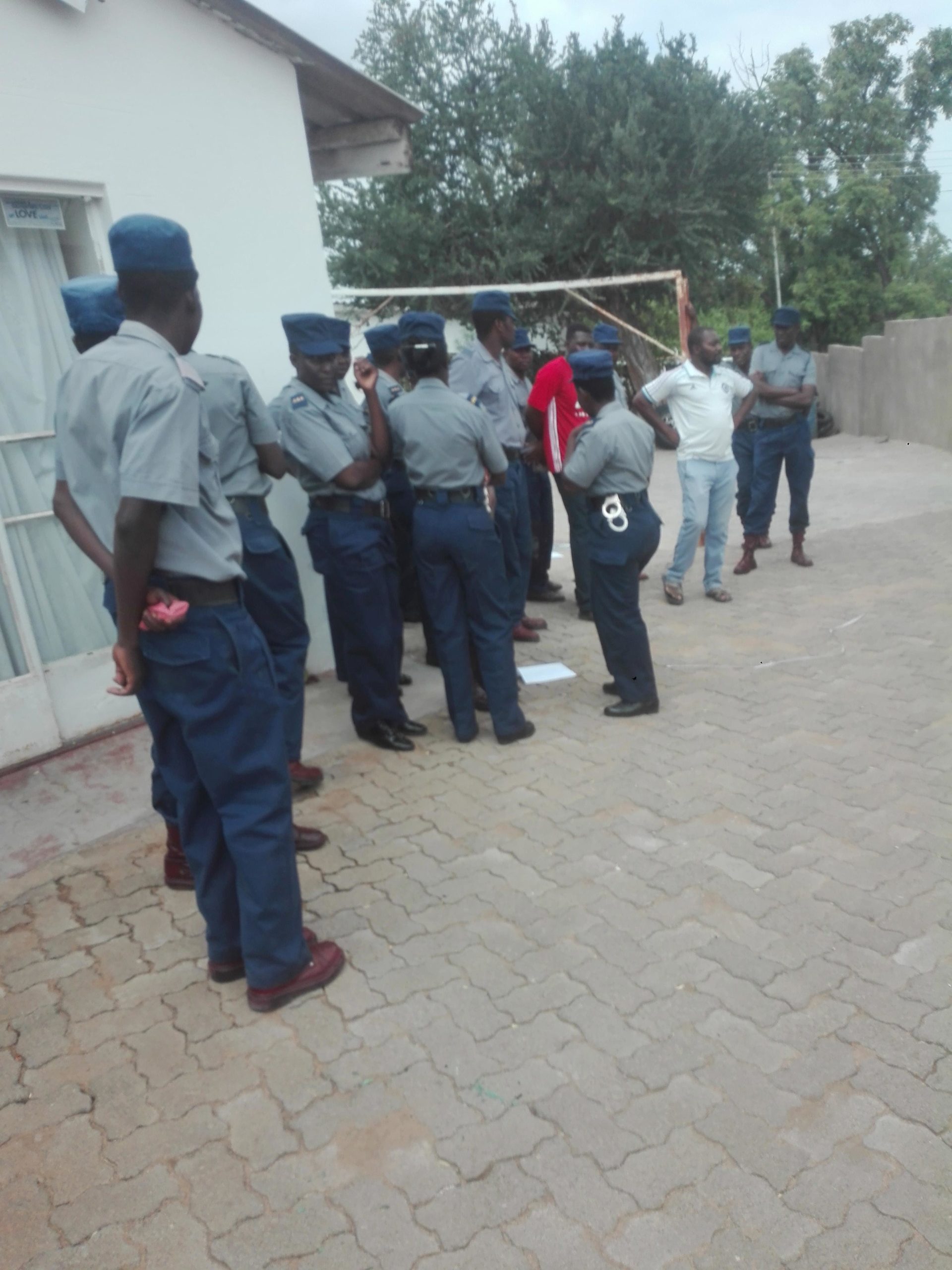 POORLY paid members of the police are reportedly working closely with illegal gold miners with some officers, their relatives and spouses allegedly engaging in prostitution with leaders of the machete syndicates across the country as they seek survival.

Police officers, mainly from Chikurubi Support Unit, are reportedly heavily invested in the illegal activities at Jumbo Mine in Mazowe, where machete wars have been rife, causing headaches for their bosses.

Acting Officer Commanding Support Unit, one Assistant Commissioner Dube, has been forced to act after complaints and concerns were raised over his subordinates and their relatives’ involvement with the miners.

In a leaked internal memorandum circulated to all stations under his command, theofficer commanding Support Unit, warned members of his team to stop colluding with the illegal gold panners.

“This office has learnt with great dismay that there are some members, their spouses and relatives who reside in Chikurubi and other police camps in and around Harare, who visit Mazowe Jumbo Mine for the purposes of vending, illegal panning, prostitution and other illicit activities,” Dube wrote.

He further alleged that police raids and attempts to arrest suspected illegal gold miners and members of the
now-infamous machete gangs were being hampered as a result of collusion of those with internal information which they were now passing on to the gold panners.

“This office is relentless in its effort to bring these culprits, who also hinder police operations by selling out information on intended operations at the said places, to book. Treat this matter with the seriousness it deserves,” Dube said.

Police spokesperson Chief Superintendent Blessmore Chishaka said he would need to check with the responsible authorities first before commenting.

“I am hearing it for the first time,” he said.

Owing to the harsh economic environment, police officers, including top commanders, have turned to illegal activities including illegal gold mining and trade, prostitution and vending at gold panning sites to sustain their livelihoods.

Panners at Jumbo Mine said some high ranking female police officers had become mistresses of illegal gold buyers and were living lavish lifestyles from the proceeds of the activities.

“There are gold buyers who are untouchable. They pay off senior police officers and are in sexual affairs with others to the extent that they don’t face arrest even when they are involved in criminal activities like violence,” said a source.

Highly placed insiders said police were now failing to contain the illegal gold mining wars which have now spilled over and wrecked havoc in communities largely because they have become compromised.

“Everyone is getting into the gold rush, top police officers, politicians and top civil servants are all involved in this trade. They head their own syndicates and collect royalties, so now it has become a challenge because those who have to stop it are now part of it,” said the source.

Former Cabinet minister Jonathan Moyo, bitter after being flashed out of government through a military coup in November 2017, added his voice saying top government and party officials were behind the machete gangs.

He said on his Twitter account that former vice-president Phelekezela Mphoko once presented a report in Cabinet which fingered some ministers and Zanu PF leaders in illegal gold mining and sponsorship of bloody wars that have gone out of control.

Presidential spokesperson George Charamba, although not responding to allegations by Moyo, said the machete wars had to be stopped and would be stopped.

“The arm of the law has to be felt and this has to be stopped, it can’t go on any further. Government is committed to ensure that there is peace and security in this country,” he said.

“More so if it [criminal activity] involves people in positions of trust such as senior government officials and members of the security services,” Mangwana said.

“We have a fiduciary role and we are not put in the these positions to pursue selfish self-interest.”