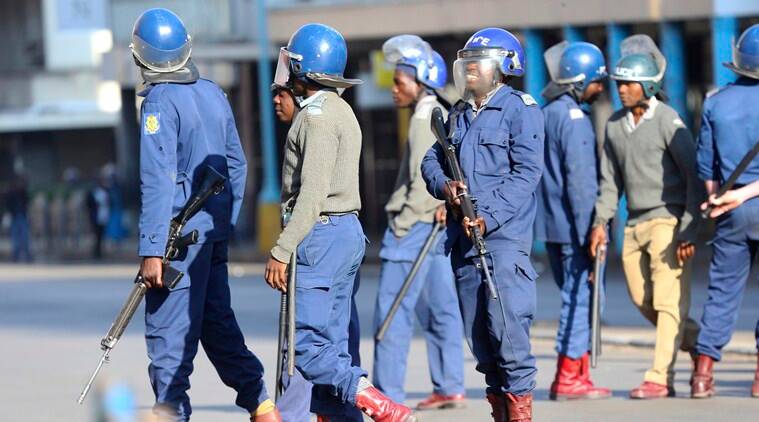 BY MIRIAM MANGWAYA
POLICE yesterday stormed into a prayer meeting in Harare and arrested at-least 36 church members, claiming the gathering was political.

They were arrested at the Dutch Reformed Church building in central Harare where they intended to launch of ‘The Zimbabwe We Want’ campaign.

“In matters of security when people want to have processions, gatherings or demonstrations, they have to inform the regulating authority so that security measures are put in place,” Nyathi said.

“In this case where there is no co-operation and people start to gather contravening the country’s laws then the police have a responsibility to move in and ensure that law and order is maintained.”

“We need a new Zimbabwe with a low cost of that and remember, we were promised in 2018 that education will be free yet we are here to pray to God for that Zimbabwe we want,” Magaya said.

“We are saddened that the meeting that we had planned was blocked. We believed that space is sacred, which would allow us freedom of worship.”

There is growing discontent over the economic meltdown as prices of basic commodities have eroded the workers’ salaries.

Crisis in Zimbabwe Coalition (CiZC), an umbrella body of civic groups, condemned the arrest of the worshippers as barbaric.

“The persecution of ordinary citizens by the police goes against the ideals of the struggle for an independent Zimbabwe and we restate that the same factors that motivated those who fought for the country’s independence shall continue to guide and motivate us until Zimbabwe is free,” CiCZ spokesperson Obert Masaraure said.

The arrest follows concerns over the shrinking democratic space in the country.

Government also plans to railroad the Private Voluntary Organisations (PVO) Bill which seeks to regulate the operations of civic society organisaitons that have been vocal against corruption and human rights abuses.

Government says the PVO Bill is necessary to silence the civic groups it accuses of being sponsored by the West to push a regime change agenda.